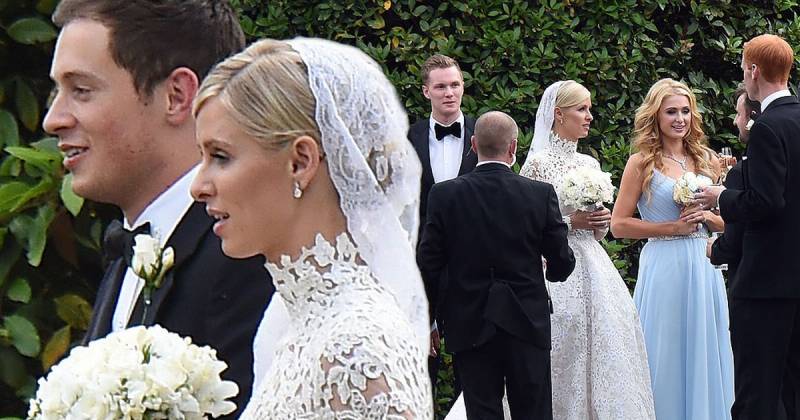 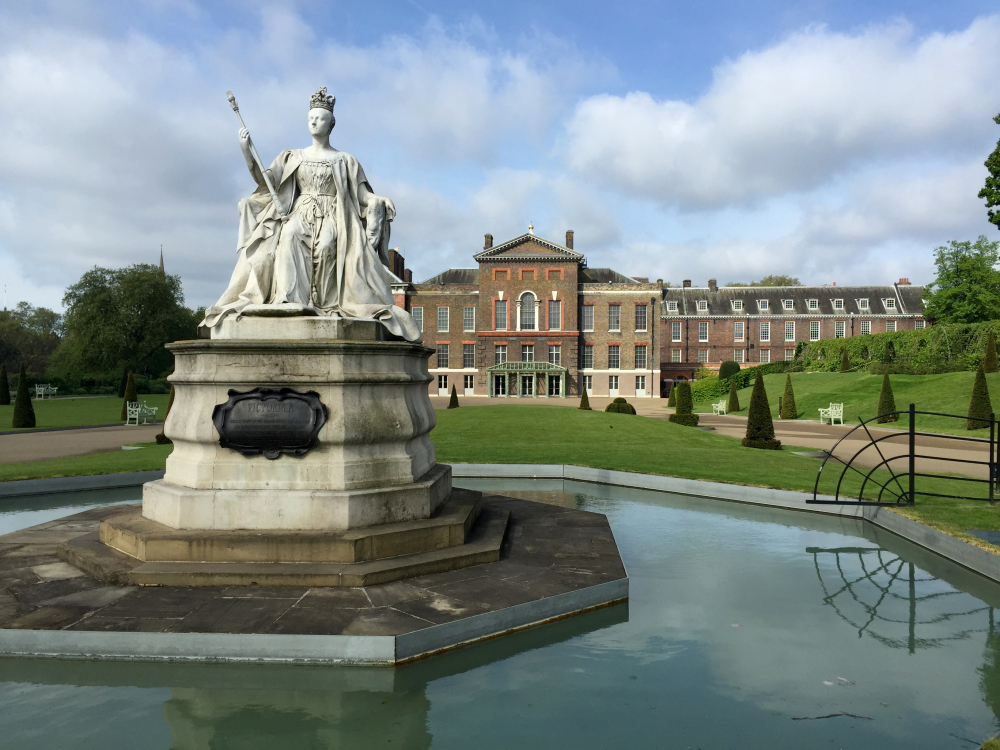 The fashion designer wore a white lace gown by Valentino with a long train as guests including Chelsea Clinton and Kate Beckinsale looked on. 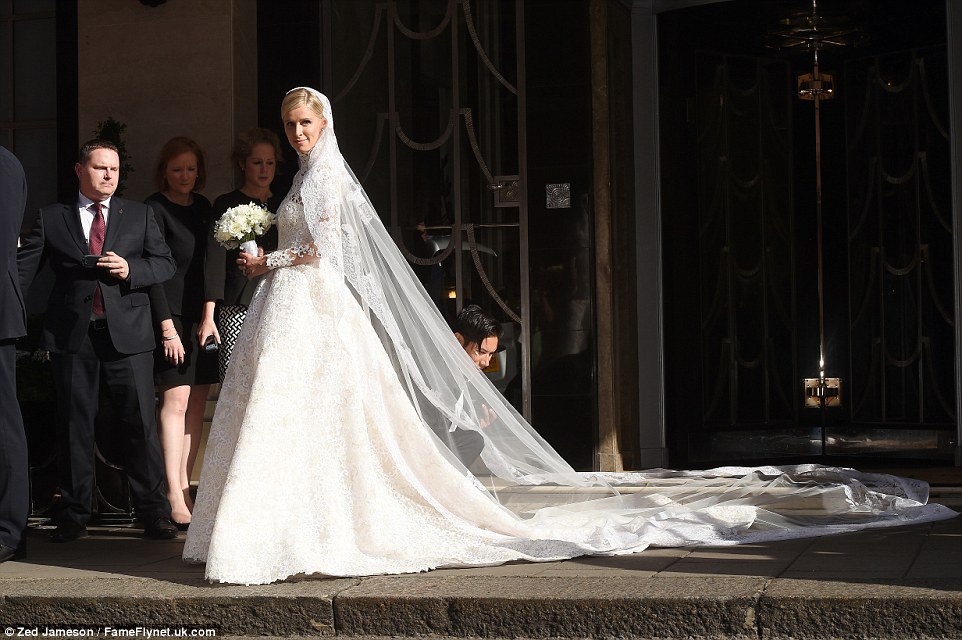 Nicky - the younger sister of reality star Paris, who served as her maid of honour - began dating her new husband in 2011. Rothschild is a member of the Rothschild European banking dynasty, so both he and his bride are used to a luxury lifestyle.

In fact, back in 2005, Forbes magazine ranked Rothschild family patriarch Mayer Amschel Rothschild as the seventh most influential businessman of all time. He "helped invent modern banking by introducing concepts such as diversification, rapid communication, confidentiality and high volume" in the late 1700s in Frankfurt, Germany. 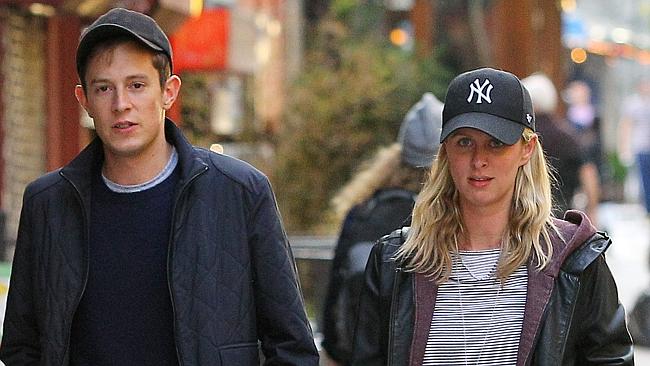 His empire spread throughout Europe. Hilton's new husband is the only son of one of Rothschild's descendants, the late Amschel Rothschild and his wife, Anita.

James is also the ex-boyfriend of London socialite Astrid Harbord, who is a friend of Prince Harry and Duchess of Cambridge Kate Middleton.

The two were engaged in August 2014 during a boat ride in Lake Como, Italy, after he secretly traveled stateside to ask Hilton's parents for permission to pop the question.

In a May interview, Hilton revealed plans to change her name after marriage. 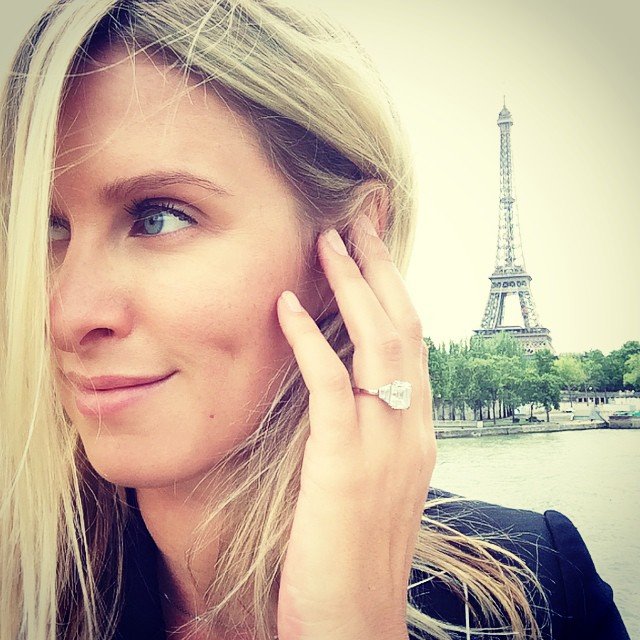 The union is the second for Hilton, who married hedge fund manager Todd Meister in an unexpected Las Vegas ceremony after a brief relationship in 2004. It was annulled less than three months after it began. 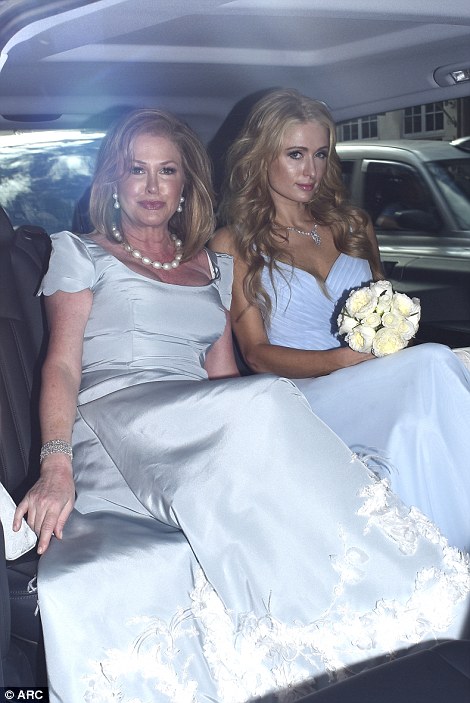 Although Hilton's second wedding was set much further ahead than her first one, she revealed as late as October that she hadn't even begun to plan the specifics. Well, except for lining up the groom.

"I am really happy," she told the Daily Mail. "He is the love of my life."