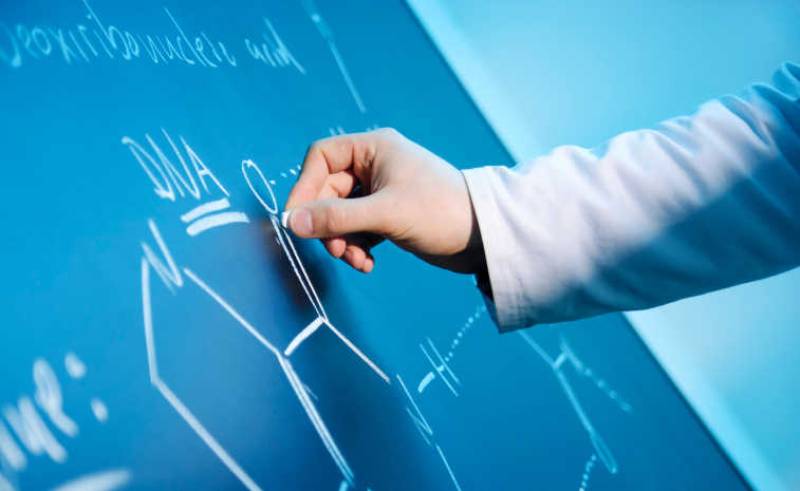 LAHORE - Major Pakistani English newspapers and news websites were duped over the Eid break this year into celebrating the Einstein-like "breakthrough" of a questionable Pakistani scientist, who claims to have discovered a previously unheard of scientific force after successfully "experimenting on a female rabbit in the air".

The impressively named scientist, Professor Qadhi Aurangzeb Al-Hafi, claims to have brought Pakistan to "a great new-age climax" in the fields of "physics, chemistry, space sciences, medicine, biology, electronics, environmental sciences," which will now apparently have to be built around his discovery. He also claims that the discovery will provide "schematic clues" for "understanding...cosmogenesis", or the beginnings of the universe, in simple terms.

However, the scientist in question has been known to take great liberties in describing his scientific achievements in the past. In 2011, he got the Express Tribune to believe that he was one of ten "Persons of the Decade" honored by the Sovereign Military Order of Malta, an independent territory in Rome, Italy.

In reality, the independent Rome-based territory did not even have an award for "Persons of the Decade". Yet it took the Express Tribune an entire week to publish a retraction, after the Sovereign Order of Malta contacted them directly and said it had "taken immediate action" to find and prosecute the "perpetrators".

Fast forward five years and Prof. Hafi has duped the English news media once again. But even a week later, all those duped have yet to publish a retraction.

Beginning July 6, a series of stories began surfacing on the various English dailies, including Dawn, The News and Business Recorder, and well-known English news websites which celebrated a Pakistani scientist's discovery of a previously unknown scientific phenomenon called Magnetohydrotropism (MHT), about which not even "a single scientific paper exists". The name of his most recent discovery seems to be a slight tweak on the unique discovery he claimed to have made in 2011, then called "Magneto-Agricultural Development Model and Sectorial Magnetic Model".

According to the confusingly worded and, at times, completely nonsensical reports published over the past week, the same professor conducted some more supposedly groundbreaking research, this time with a team of fellow scientists from Comsats, Science International and the Higher Education Commission.

The "virgin" scientific concept they claim to have discovered is, according to Daily Pakistan's research, most likely a combination of two unrelated scientific terms: magnetohydrodynamism, which refers to the magnetic induction of metallic liquids, and hydrotropism, which refers to the influence of water concentration on the growth of plant roots.

Unsurprisingly, all the articles highlighting their work in the Pakistani media are riddled with non-existent and, at times, completely incompatible scientific terms.

For example, the 2011 Express Tribune article, which erroneously claimed that Professor Hafi was honored by the Order of Malta, reported that he had been chosen as Person of the Decade for:

"Multi-disciplinary research eruditions coupled with philosophical transcendentalism along with an unswerving conviction and solidarity towards the child-disability centered issues, extensively endorsed in Tsunami catastrophic management services."

In just this sentence, there are three terms - "philosophical transcendentalism", "child-disability centered issues" and "Tsunami catastrophic management services" - that are completely unrelated in academic/scientific literature. In the same article, Prof. Hafi claims his discovery of the "Magneto-Agricultural Development Model and Sectorial Magnetic Model" will impact the field of magnetobotanics, which does not exist.

The Dawn article published a week ago enthusiastically reports that the professor has discovered "an omnipresent, omnipotent phenomenon, weightless wave like vector-entity". Yet, like the other articles about Hafi's research, it does not explain how the professor was able to discover this everywhere-present and all-powerful force.

The articles on Hafi's supposed breakthrough also fail to mention how the professor arrived at his conclusions, where he and his team conducted their research, and what other scientists thought about their work. Scientific research is usually conducted within an accredited university and its findings are usually verified by other scientists, who have no stake in the research in question, before being published in an academic journal.

Other crucial details these stories miss out include Professor Hafi's academic credentials, the university where he teaches and researches - the Dawn article only says he is the Principal Investigator for post-doctoral research at number of Asian universities, including the University of Punjab - and the means by which he funded his research.

Since the recent flurry of articles on the professor, at least one social media user has disputed Hafi's claims of being a scientist.

Without his academic credentials on hand, it will be difficult to definitively prove that the professor is a fraud.

However, the Pakistani media has been extremely naive in accepting the tall claims of certain self-proclaimed innovators in the past.

In 2012, a mechanic named Agha Waqar fooled most of the Pakistani media for two whole months when he claimed to have produced a car powered on water, a feat that many scientists had failed to achieve in the past. Even though well-reputed scientist Dr. Pervez Hoodhboy was quick to call Waqar out for being a fraud, he was celebrated long after by the Pakistani media as a national hero. The so-called inventor's fraud was later confirmed after it was revealed he was a police ranker, involved in a series of robberies throughout Sindh.

And in 2010, the Pakistani media celebrated another self-proclaimed innovator, Mamoon Tariq Khan, for inventing Moonitin, which was said to be "the world’s first and only egalitarian communication technology" capable of  "instantaneous transmission and successful reception of meticulous communication". Nothing ever became of the supposedly revolutionary technology and, now, it does not even have a working website to its name, let alone a patent.

Judging by this track record, it is likely the media has once again been fooled into thinking that a string of big words, like the one's used by Prof. Hafi, must always mean something profound.