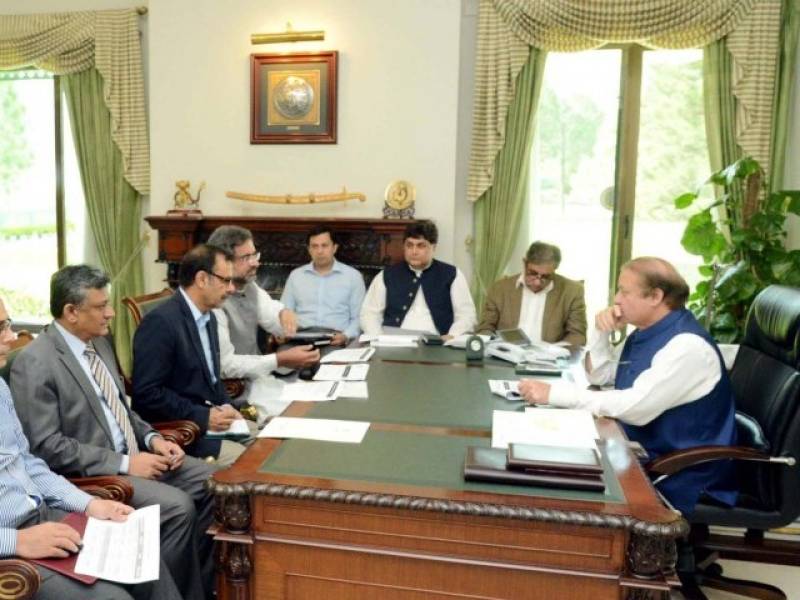 ISLAMABAD - Prime Minister Nawaz Sharif held an unofficial meeting with his close aides and party members, a day after the Joint Investigation Team submitted its report to the supreme court.

Tuesday's meeting was aimed at discussing the party's legal and political strategy following the submission to the apex court of a sensational  inquiry report apparently quashing the claims of first family.

Sources said the PML-N's legal team briefed Prime Minister Nawaz Sharif on the JIT report. Participants of the meeting also discussed points of argument regarding the report that could be raised in court.

Earlier, on Monday PM Nawaz directed his legal team to prepare their response, which will be filed before the Supreme Court.

The JIT report, spread over 10 volumes, declared that the prime minister's sons ─ Hussain and Hassan Nawaz ─ were used as proxies to build family assets.

The report said the financial structure and health of companies in Pakistan that are linked to the Sharifs do not substantiate the family’s wealth and a significant disparity exists between the wealth declared by the Sharifs and the means through which they generated income.

ISLAMABAD - Defending the Sharif family, the ruling Pakistan Muslim League has rejected the report of a Joint ...

The JIT pointed out a failure on the part of the Sharifs to produce the required information that would confirm their “known sources of income”, saying that prima facie, it amounted to saying that they were not able to reconcile their assets with their means of income.

PML-N leaders, in a press conference after the submission of the report, announced that the party would contest the report in the court, and termed it 'worthless trash'.

According to ARY News, NAB's former chief Saifur Rehman who is Qatar-based is heading back to Pakistan to call on top government officials to thrash out strategy in the purview of report by inquiry panel.