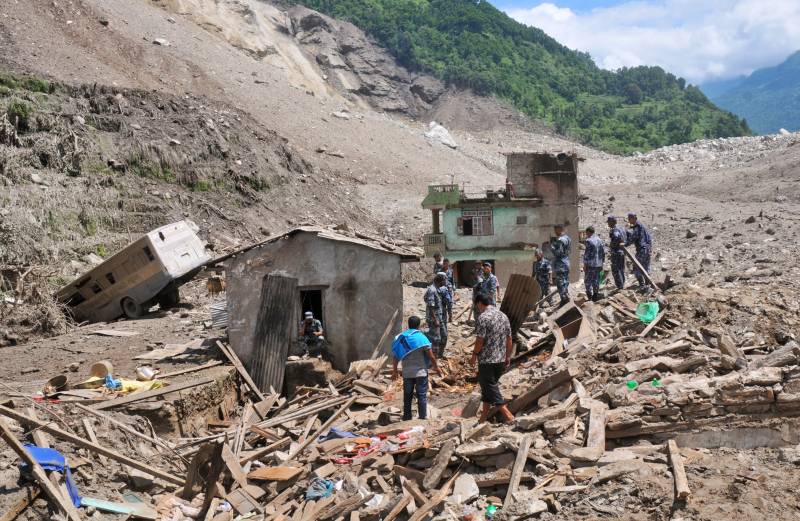 This comes weeks after much of Nepal was devastated by two earthquakes that left more than 8,000 people dead.

Torrential rain in the Taplejung region caused the Mewa and Tamor rivers to burst their banks, triggering the landslides.

Landslides are common during Nepal's monsoon season, which begins this month and lasts until September.

Officials and rescue workers say that the death toll could still rise. At least 15 people in the villages of Libang, Lingtep and Khokting remain unaccounted for.

Nepal's department of hydrology and meteorology told the BBC that it had recorded 130mm of rainfall in the area in the last 24 hours.

Meteorologist Subash Rimal said they would "officially declare the monsoon's arrival in Nepal within the next two days".

Taplejung had suffered little damage compared to the rest of the country from the April and May's earthquakes.

Landslides triggered by the earthquakes caused massive destruction in other parts of Nepal.

One village was completely buried after an entire hillside collapsed onto it.