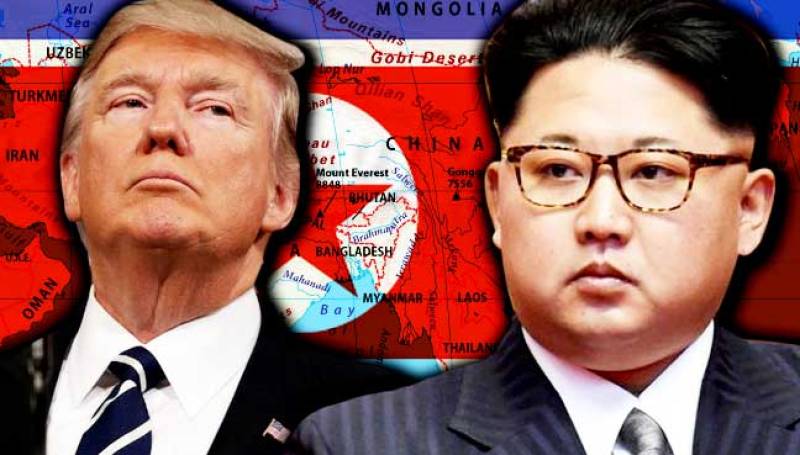 TEHRAN - Iran said Monday that it remains suspicious of the prospects for talks between the United States and North Korea, and warned Pyongyang to be highly vigilant about Washington's promises.

"As regards US behaviour, approach and its intentions, we are highly sceptical and look at its actions with utter pessimism," foreign ministry spokesman Bahram Ghasemi told reporters in Tehran.

"For the time being we cannot be optimistic about the United States' behaviour, and the government of North Korea must approach this issue with absolute vigilance," he added.

Ghasemi said US President Donald Trump's actions in abandoning the 2015 nuclear deal with Iran and other international agreements had shown he was an unreliable partner.

"We would like peace, stability and security to be established in the Korean Peninsula," he said, but added that experience in dealing with the US and Trump had left it with "much pessimism".

In a rare development in world’s politics, US President Donald Trump and North Korean leader Kim Jong Un have reached ...

Trump and North Korean leader Kim Jong Un arrived in Singapore on Sunday for an unprecedented summit , with the US demanding complete, verifiable and irreversible denuclearization.

It comes just over a month after the US president pulled out of the landmark nuclear deal with Iran and other world powers that put strict restrictions on the Islamic republic's nuclear programme in exchange for sanctions relief.

It bears mentioning that Donald Trump and Kim Jong-un are meeting in Singapore tomorrow for a summit dubbed 'historic' by political analysts and diplomats alike.

The summit is result of months-long negotiations between Pyongyang and Washington with former CIA director Mike Pompeo playing a pivotal part in the process.