Qureshi reiterates Pakistan's call for establishment of State of Palestine 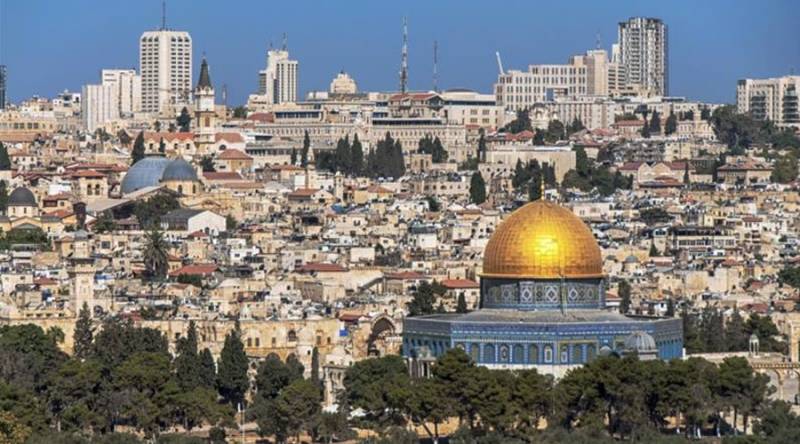 ISLAMABAD – Foreign Minister Shah Mahmood Qureshi on Wednesday while reaffirming Pakistan's solidarity with the people of Palestine, reiterated Pakistan's call for the establishment of a viable, independent and contiguous State of Palestine, on the basis of internationally agreed parameters, the pre-1967 borders with Al-Quds Al-Sharif as its capital.

The foreign minister was speaking at an open-ended Extraordinary Virtual meeting of OIC Executive Committee at the Level of Foreign Ministers, on 'threats of the Israeli occupation government to annex parts of State of Palestine's territory occupied in 1967'.

The Foreign Minister's statement noted with grave concern the framework agreement between coalition parties in Israel to advance plans for annexation of occupied Palestinian territories, including parts of Jordan Valley.

Israel was urged to refrain from taking any unilateral action that would lead to the annexation of any occupied Palestinian territory in violation of relevant UN resolutions and international law.

In his statement, the foreign minister underscored the similar nature of freedom struggles in Palestine and Kashmir -- the longest standing items on the UN and OIC agenda, which are premised on the inalienable right of self-determination of their respective peoples.

The statement highlighted that the people of Indian Occupied Jammu and Kashmir (IOJ&K) continue to face inhuman lockdown, military siege, communication blockade and unprecedented restrictions following India's illegal and unilateral actions of 5 August 2019. These draconian measures have worsened the human rights and humanitarian situation in IOJ&K.

The foreign minister called upon the international community to take cognizance of the situation and play an active role in resolving the outstanding disputes of Palestine and Kashmir, in accordance with international law, the relevant UN Resolutions, and aspirations of these two peoples.