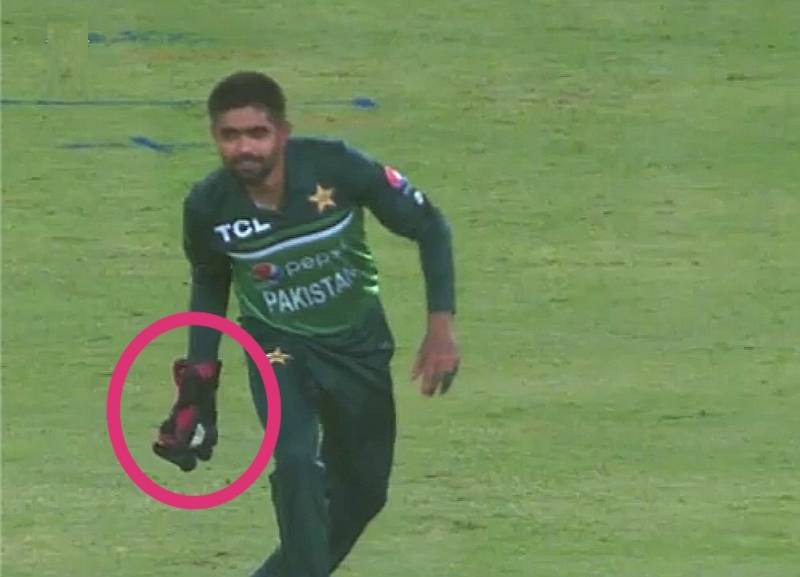 Babar Azam, who continues to thrash records with his stunning batting performance, used one of the wicket-keeping gloves to catch a throw behind the stumps. The incident happened in the 29th over of the match.

This was deemed as illegal fielding by the on-field umpires and as a result, five extra runs were awarded to the West Indies.

28.1 - No fielder other than the wicket-keeper shall be permitted to wear gloves or external leg guards. #PakvWI pic.twitter.com/WPWf1QeZcP

As per the cricket rules, no fielder other than the wicket-keeper shall be permitted to wear gloves or external leg guards. In addition, protection for the hand or fingers may be worn only with the consent of the umpires.

However, the penalty runs could not block Pakistan’s second consecutive victory against the visiting team.