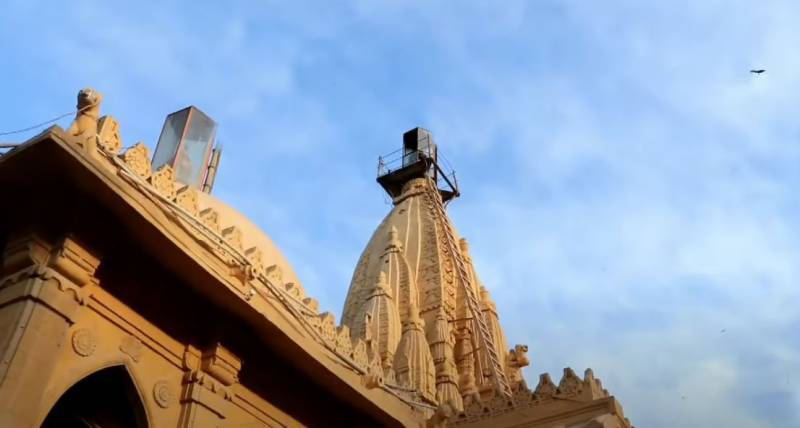 ISLAMABAD – Pakistan has vowed to arrest the culprits involved in attacking a Hindu temple in Karachi, saying that they will be dealt with the full force of law.

Earlier this week, unidentified attackers damaged Shri Mari Maata Mandir, which is located within the limits of Korangi police station, and fled from the scene.

The Ministry of Foreign Affairs also rejected the remarks made by the Indian Ministry of External Affairs Spokesperson regarding the unfortunate incident.

“Unlike the violence against the Muslim community that is orchestrated by religious fanatics who enjoy full patronage of India’s state machinery, the Government of Pakistan is seized of this matter and action is being taken against the perpetrators,” read the statement.

An FIR has already been registered against the assailants and efforts are underway to identify and arrest them, it added.

“The Government of India would be well advised to introspect and ensure the protection of the fundamental rights, lives, and places of worship of minorities across India, particularly Muslims who are facing brutal attacks from the proponents of ‘Hindutva’ holding on to the reins of power in the country,” it added.

Furthermore, unequivocal condemnation by the BJP top leadership and the Indian government, as well as decisive and demonstrable action against the BJP officials responsible for making sacrilegious remarks recently would be the first step towards healing the suffering of Muslims in India and the sentiments of Muslims worldwide.

KARACHI – In a shocking incident of vandalism against the worship places, unidentified attackers damaged a Hindu ...