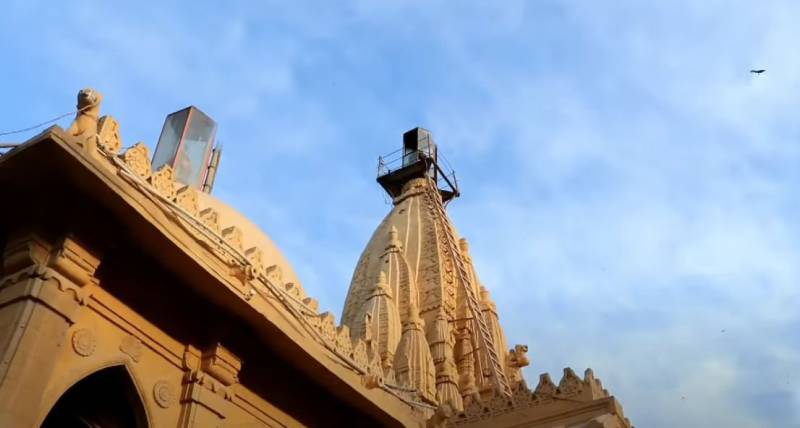 KARACHI – In a shocking incident of vandalism against the worship places, unidentified attackers damaged a Hindu temple in the Korangi area of the port city, it emerged late Wednesday.

Reports in local media said the statues of Hindu deities were attacked at Shri Mari Maata Mandir, which is located within the limits of Korangi police station.

Soon after the incident, local police rushed to the scene to inspect the premises and inquire about the incident. Some local residents, who were the eye witnesses, told the police that six to eight attackers came into the area on motorcycles and stormed the temple.

The attackers started pelting stones at idols, and threatened the workers, who were painting the walls, before fleeing from the crime scene.

A #Hindu temple in Korangi No. 5 area of Karachi was attacked and the Hanuman statue there was vandalised. It is demanded that swift action be taken against those involved in this atrocious act! Report and video by @voice_minority pic.twitter.com/yj8JAhhVaw

Following the statements from eyewitnesses, a case was registered under sections 295, 427, 506, and 34 as investigators are getting CCTV footage of the adjoining area to nab the miscreants.

Meanwhile, New Delhi also conveyed its protest to Islamabad on the incident, the Indian ministry of external affairs spokesperson told the media.

This is not the first time when worship placed belonging to the minority population comes under attack. Last year, a historical temple located at the bank of the Indus River in Kotri was allegedly desecrated by unidentified people.

LAHORE — Pakistan has reconstructed and renovated the famous Jain Temple in the Punjab capital and it is now ...

Earlier, a Hindu temple in Bhong was vandalized and torched, however, it was rebuilt on the orders of provincial administration.