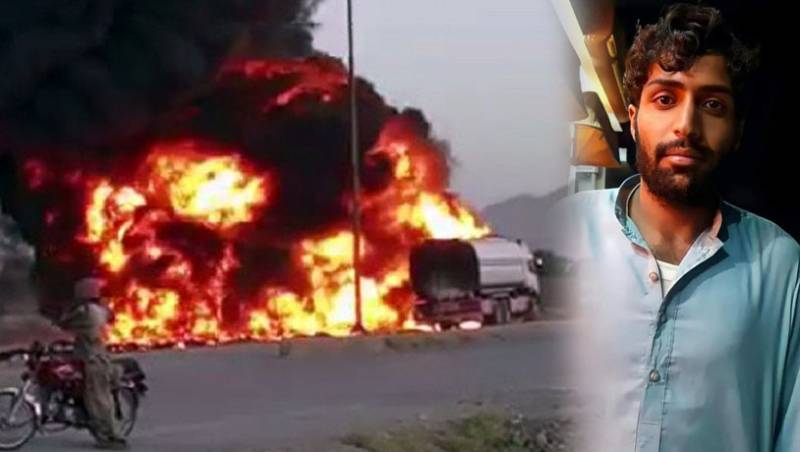 The premier lauded the heroic act by Muhammad Faisal and invited him to the federal capital for awarding an award.

In a statement, PM Sharif mentioned that no appreciation is sufficient to praise the spirit of the driver as he saved countless lives whilst risking his own.

He also ordered Head of Strategic Reforms Salman Sufi to contact the driver over the telephone. The PM’s aide then called Faisal and paid tribute to him for his courage.

Earlier this week, Faisal drove a burning tanker away from a populated area on the Qambrani road when the vehicle caught fire at a fuel station.

The hero driver also recalled the horrifying moments, saying he thought the oil tanker will explode and he will die. He however mentioned that saving human lives was paramount important.

Over 200 burnt to death, 100 injured as oil tanker catches fire near Bahawalpur

Faisal took the burning vehicle around two kilometers from the densely populated area while passersby urged him to stop the vehicle and jump as thick black smoke was rising from the tanker.