How Orientalism pitted Hindus against Muslims in India? 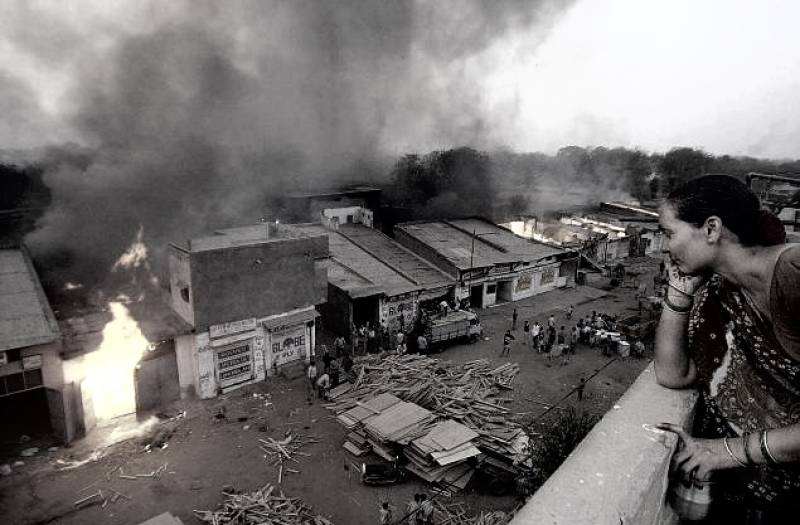 The most outstanding feature of Islam is its history; if you study Islamic history, you would come to realize that Islam did not spread by force alone, it was the superior moral appeal of its peerless ethics that won the hearts and minds of medieval masses.

For instance: Mongols conquered most of the eastern lands of the Islamic Empire during the thirteenth century, however, the Muslims of those lands did not convert to the religion of the conquerors: that is, the Mongolian Shamanism. Instead, the conquerors adopted the religion of the vanquished, i.e. Islam. Not only the Mongols, but several Turkish tribes also voluntarily converted to Islam. Such was the beauty of Islamic teachings and its sublime moral appeal in ancient times.

During the medieval times, when Europe was going through an age of intellectual and moral regression, Islamic culture thrived and flourished under the Abbasids, Ottomans and Mughals. Muslims ruled over India for more than six centuries; despite that, at the time of the independence of India and Pakistan in 1947, Hindus outnumbered Muslims three to one (there were only 100 million Muslims in the population of 400 million Indians in 1947). That’s how tolerant and inclusive Islamic culture was back then. By comparison, the Red Indians of America and the Aborigines of Australia were reduced to a tiny minority of those continents after the European invasions.

The Sultanate of Delhi and the Mughal Empire were regarded as benevolent rulers by ancient historians. But when India was conquered by the British Empire, their Orientalist historians deliberately propagated the myth of supposedly “savage and rapacious” rule of Muslims in India in order to sow the seeds of dissension between Muslims and Hindus. In the nineteenth century, the newly established British education system in India deliberately portrayed Muslim rulers of India as marauders, rapists and looters in order to malign them. By contrast, the British rule in India was portrayed in a positive light: that the British Empire built roads and railways and established schools, colleges and hospitals in India.

If we were to compare the British and Muslim rules in India, the Muslim rulers at least resided in India and shared their wealth and fortune with their subjects. The British rule, on the other hand, was a foreign rule; the affairs of the state were run by viceroys and governors on the behalf of the monarchs of England who resided thousands of miles away in London. A small number of European colonizers in India treated their subjects as untouchables; they traded raw materials for pennies and sent finished goods back to the Indian market with huge profits, thus enriching themselves and the British Empire.

Up until 1857, the Hindus and Muslims of India were united enough to rise up in arms together against the British colonizers under the nominal command of the last Mughal emperor, Bahadur Shah Zafar. But after that, the British education system introduced by Lord Macaulay in India entrenched communal divisions and made it virtually impossible for Hindus and Muslims to understand each other, even though both religious communities were the victims of exploitation of foreign rule.

Regarding the notion peddled by the Orientalist historians that Muslims or Islam were somehow foreign to India, we need to settle on the definition of nativity first. If an Indian settles in the US, for instance, how would you define such a first generation immigrant? Since he was brought up in India and subsequently migrated to a Western country, therefore such a first generation Indian-American would have more in common with Indians than Americans, as such. But how would you identify the children of an immigrant who have been brought up and educated in the West? The second generation Indian-Americans, for all practical purposes, would be more American than Indian in their outlooks.

Similarly, although I concede that the invading armies of Muslim rulers from Central Asia, Afghanistan and Iran were foreign to India; but once they settled in India, made Delhi their seat of governance, intermarried and gave birth to Indian children, then how come the descendants of such benevolent rulers be labeled as foreign invaders? Excluding a few odd adventurers, like Mahmud of Ghazni, who had his seat of government in Afghanistan but plundered the wealth of India by conducting raids on Somnath, the Muslim rulers of India, particularly the Sultanate of Delhi and the Mughal Empire, were as much native to India as the Hindu and Sikh rajas and maharajas.

Notwithstanding, the only true sociological definition of nation is ethno-linguistic group. The concept of modern nation state, particularly in multiethnic federations like India and Pakistan, is an artificial construct which is predicated on nothing substantive but on myths, fables and symbols. Rather than monolithic communities, the Hindus and Muslims of India were more parochial and tribal in character.

The astute Orientalist historians of British India debunked the myth of six centuries’ old Muslim rule in India by calling them “marauders” and substituted it with the fables of the pre-Christ Maurya Empire in order to forge and reify Hindu identity against Muslims. The primary concern of impoverished Indian masses was to earn bread and butter for their families. The metanarratives of Hindu and Muslim nationalism were taught by the British rulers, Hindu elites and Muslim ashrafiya to their subjects in order to distract and exploit them.

Here, let me clarify that I am not giving a free pass to the Muslim rulers of India. Their rule must have been as tyrannical as any other undemocratic, elitist rule throughout the history has been. I am only contending that the Muslim rulers were deliberately singled out and vilified in order to sow the seeds of dissension between the two communities.

After all, if the British rulers who resided in England and ruled over India can be hailed as saviors who built roads and railways and established schools, colleges and hospitals, not by academics but by common Indian citizens, then why can’t the Sultanate of Delhi and the Mughal Empire that ensured peace and stability in India and built architectural wonders in Delhi, Lahore and Agra be granted a similar level of deference?

By the British divide-and-rule policy in the Indian context, it is generally assumed by Indian historians that the British rulers used the Muslim minority against the Hindu majority by giving the former preferential treatment, separate electorates etc. but the fact is often overlooked that the British imperialists in equal measure used the Hindus against the Muslims by vilifying the latter’s culture, rule and religion.

Moreover, the partition of Bengal on religious lines in 1905 was another classic instance of the British divide-and-rule policy through demographic change. In this case, the British imperialists cleverly partitioned the Hindu-majority Bengal province into the Muslim-majority East Bengal and the Hindu-majority West Bengal. As a consequence, the Hindus felt aggrieved and launched a mass movement against the partition; the Raj obliged the Hindus by accepting their demand of reunifying Bengal in 1911 which created a sense of alienation and deprivation among Muslims.

This time around, however, despite unifying the province along linguistic lines, at the same time the British rulers split up Bihar and Orissa province to the west and Assam province to the east; thus, reducing the initial Hindu majority (pre-1905) that included Bihar, Orissa and Assam, in favor of Muslim majority (post-1911) in the reunified Bengal. Additionally, the British rulers also devised separate electorates for Muslims in 1909; thus, pitting one community against the other which had lived peacefully for centuries before the arrival of British in India.

The political leadership of India was the product of British education system that forged artificial identities and entrenched communal divisions, therefore it was not possible for them to rise above their communal prejudices and work for the betterment of all Indians as a nation. This self-serving, divide-and-rule policy by the British rulers and their Hindu, Muslim and Sikh collaborators eventually led to a carnage and mass exodus of people on the eve of independence the likes of which history has seldom witnessed.