US Strategy on Gender Equity and Equality explained 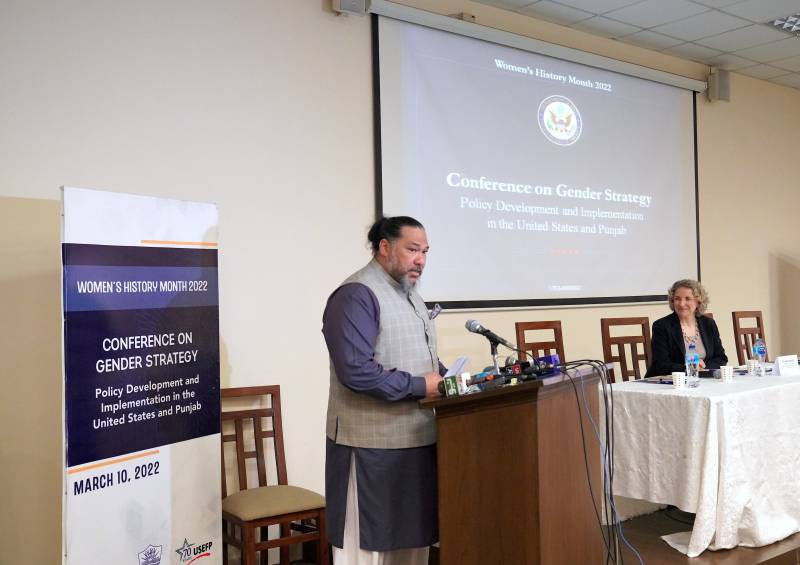 LAHORE – In his opening remarks at the Conference on Gender Strategy, US Consul General in Lahore William K. Makaneole said the recently launched US National Strategy on Gender Equity and Equality underscored the US government’s commitment to advancing the rights and opportunities of women, girls, and transgender persons in the United States and around the world.

Consul General Makaneole said, “We are each responsible for addressing the inequalities that women face.  We understand that when women and girls have access to tools and resources enabling their full participation in economic and social life, communities are stronger, businesses grow, and nations thrive.”

The U.S. Consulate General in Lahore hosted the Conference on Gender Strategy at Foreman Christian College University in Lahore.