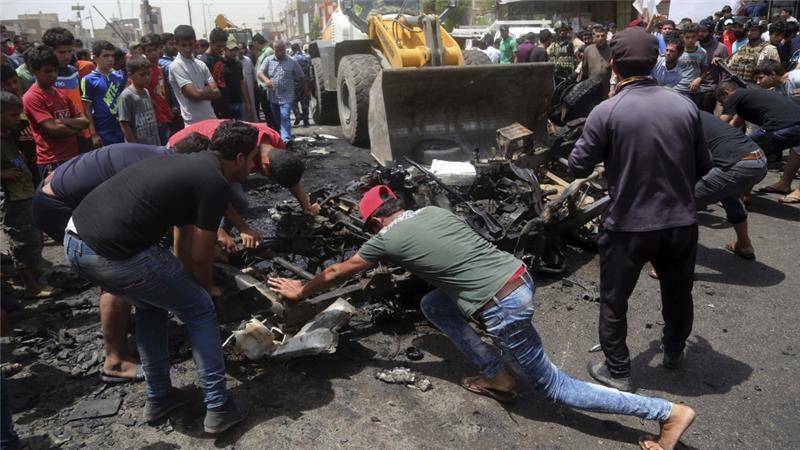 Wednesday's deadly blast hit after from an explosives-laden 4WD vehicle blew up near a beauty salon at rush hour in Baghdad's Sadr City neighborhood, The blast killed at least 61 people and wounded more than 100 others, Al Jazeera reported.

Most of the victims of the attack were women, Iraqi police and hospital sources told Reuters news agency.

shortly after the blast, the Islamic State of Iraq and the Levant group (ISIL, also known as ISIS) claimed responsibility for the attack in the capital, the year's deadliest, in a statement on social media.

The group said the assault was carried out by a suicide bomber, a claim Iraqi officials denied.

Later on Wednesday, car bombs rocked three other districts in Baghdad, killing at least 27 people near police checkpoints in the predominantly Shia Muslim Kadhimiya and Hurriyah districts, as well as the Jamiyah district, according to police.

There was no immediate claim of responsibility for the later bombings. Tolls for all attacks are expected to rise.