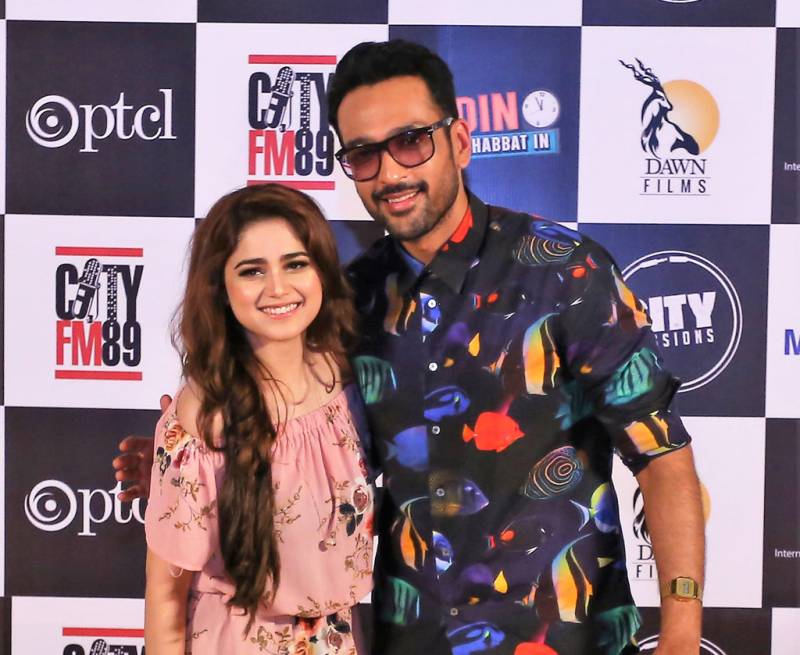 The song revealing event was the party of City FM 89’s famed City Sessions and was attended by the movie’s cast along with some of the leading names from the industry including Bilal Ashraf, Adeel Hussein, designers Sania Maskatiya and Nida Azwar, model Areeba Habib amongst others. Directed by the acclaimed duo Meenu and Farjad, this genre-defying, heartwarming urban fairy tale will captivate audiences everywhere with its release on Eid Ul Fitr.

Aima Baig and Ali Sethi have sung the song beautifully and it will be a hit song of the year 2018 in Pakistan.