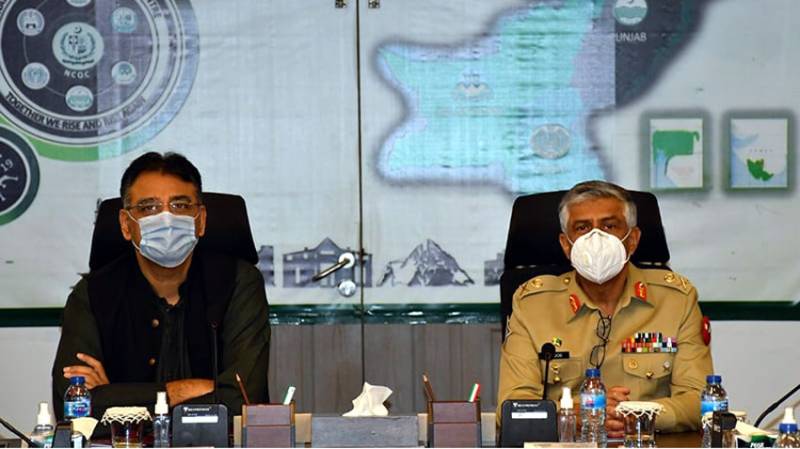 ISLAMABAD – The National Command and Operation Center (NCOC) on Wednesday has called for banning large public gatherings and enhance restrictions in high risk areas due to COVID-19 resurge amid rising possible second wave of the pandemic.

The recommended measures included that all public gatherings of more than 500 people should be banned including political, cultural, religious, entertainment and civil society gatherings.

It also added that early and extended winter vacations after input by Federal and Provincial Education ministers should be announced.

Moreover, for restaurants only outdoor dining till 10 pm and take away should be allowed.

However, it also suggested that cinemas and theatres would be closed with immediate effect including shrines whereas early closing of Markets with safe days was also proposed in the recommendations.

During the meeting, the forum was told that the disease had increased three folds since the NCOC recommended to ban large public gatherings and outdoor activities on October 12 and November 3 to the National Coordination Committee (NCC) for its final decision.

The forum was briefed that there was increasing positivity ratio in educational institutions and there was a need to check this trend.

Forum decided that on 16 November the Federal Minister for Education would chair a special meeting at NCOC with provincial education ministers on board to assess and review the positivity prevailing in educational institutions.

After consultative discussions the recommendations would be shared with the provinces for consequent decision and enforcement.

The forum taking into account rising positivity ratio suggested for an early and extended winter vacations to reduce impact of disease spread and ensure safety and health of students.

The NCOC had also issued guidelines on marriage ceremonies to all stake holders. As per the guidelines, only outdoor marriages with permissible number of 500 people were allowed from November 20th.

The NCOC also recommended urgent and emergency measures to NCC for final approval after consensus by all stake holders.

The NCOC had appreciated standard operating procedures (SOPs) compliance in mosques so far since last many months, however, it noted decline in compliance at present and appealed to all stake holders to further follow the same guidelines rather enhanced amid possible second wave of the contagion.

NCOC had also suggested following measures to all stake holders for their input and subsequently recommended to NCC for approval by National leadership across Pakistan.