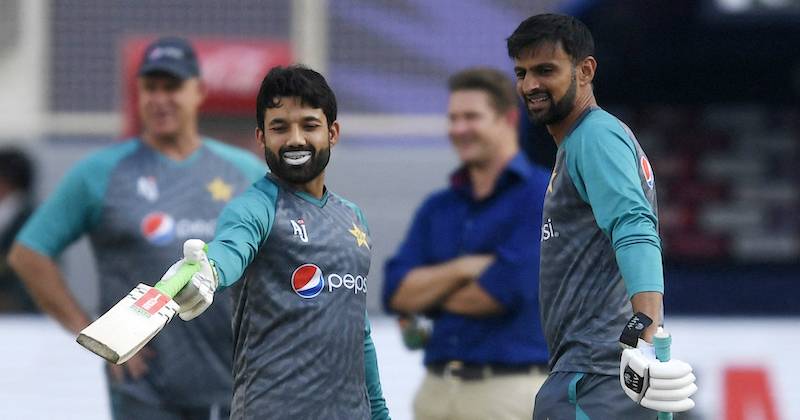 DUBAI – In a major relief for Green Shirts, the medical panel of the Pakistan Cricket Board declared star opener Mohammad Rizwan and seasoned player Shoaib Malik fit to play the crucial semi-final against Australia.

Media reports quoting sources said the board officials reviewed the key players and allowed them to play the much-awaited encounter of ICC mega event.

Team Manager Mansoor Rana also confirmed that Mohammad Rizwan and Shoaib Malik, who reportedly got under the weather, are now feeling better as Pakistan eye to qualify for the final match.

Board officials and cricket fans got alarmed earlier as both players missed training a day before the semi-final. The ailing players also underwent Covid testing while PCR reports came negative.

The in-form players were advised to take rest, so they missed the last practice session and stayed at the accommodation facility, per reports.

The duo played key roles in Pakistan’s campaign in the ongoing ICC T20 World Cup 2021 and their absence would have a huge blow for the other side.

Pakistan’s opening batsman-Wicket keeper is the second-highest run-scorer for Men in Green – after skipper Babar Azam, with 214 runs whereas Shoiab Malik has been an important player for South Asian country in finishing the innings along with Asif Ali.

Team Green remained undefeated in the Super 12 stage of the ICC event, where they beat India, New Zealand, Afghanistan, Namibia, and Scotland.