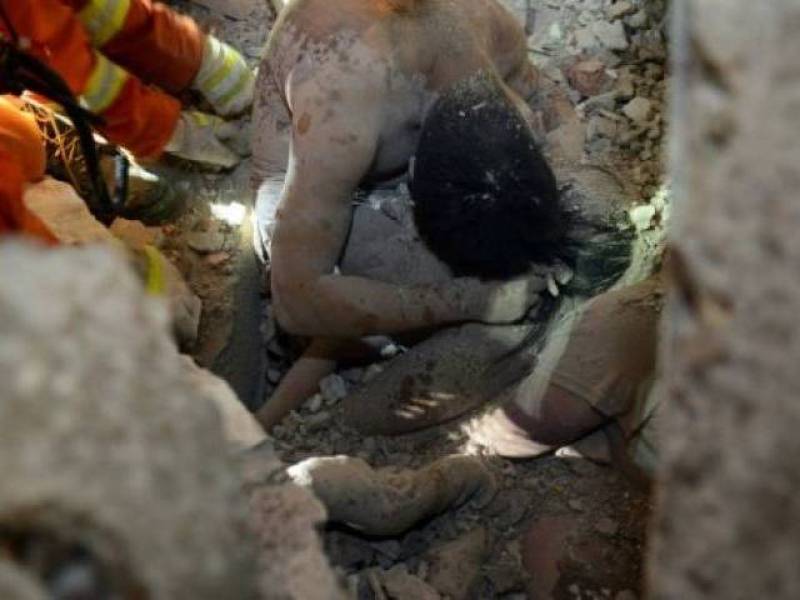 BEIJING (Web Desk) – A little girl protected by the embrace of her dead father was the last survivor pulled out of the rubble of collapsed multi-storey buildings in China, reports said Tuesday.

The 26-year-old shoe factory worker was found under a thick cement pillar, draped over his daughter.

The family had been buried alive in their living room and the body of Wu’s mother was discovered not far from the pair.

Three-year-old Wu Ningxi survived with only minor injuries thanks to the protection offered by her young father, who was found dead after shielding her from falling rubble, it added.

She was found deep in the debris of four six-storey residential buildings more than 12 hours after they crumbled in Wenzhou in the eastern province of Zhejiang, killing at least 22 people, state broadcaster CCTV said.