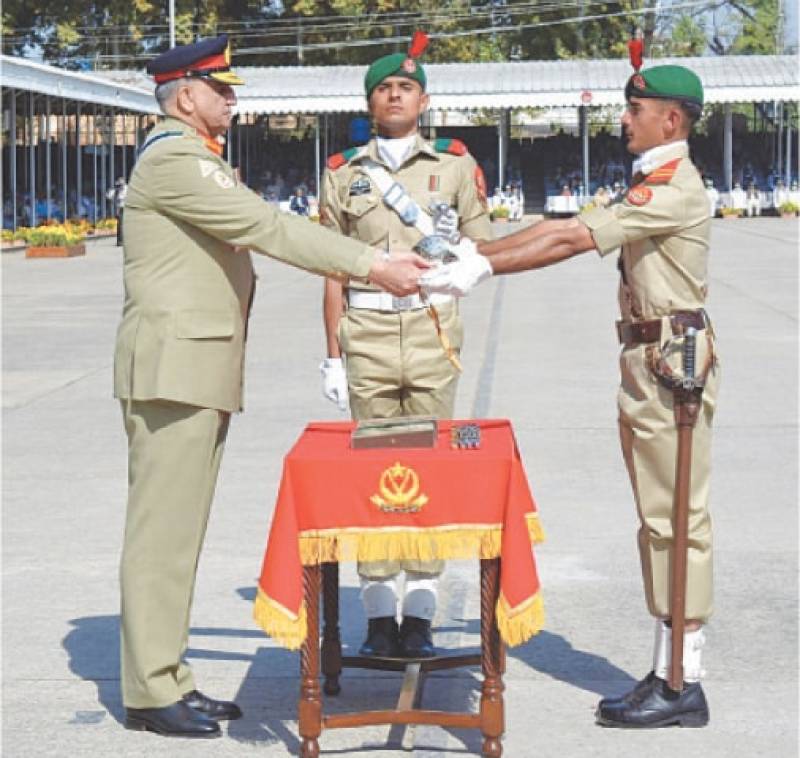 KAKUL - The passing-out parade of the 142nd PMA Long Course was held at the Pakistan Military Academy (PMA) Kakul on Sunday.

As many as 54 passing out cadets were from Balochistan, among them the son of Senator Hafiz Hamad Ullah, who belongs to Jamiat Ulema-e-Islam.

According to the military’s wing report, more than 25,000 soldiers almost 1,200 officers are currently serving in the Pakistan Army from Balochistan.

“Similarly, about 200 cadets from Balochistan are currently undergoing training at the Pakistan Military Academy,” it added.

In addition to that hundreds of children from Balochistan are studying in Army Public Schools across the country.

Moreover, 6,000 students have so far benefited under the Chamalang Education Scheme while 4550 students are studying through this project.

Addressing the passing out parade, army chief General Qamar Javed Bajwa told the cadets: “Remember, we are all soldiers of Pakistan regardless of our caste, creed, sect and ethnicity and we will always stand together as one, as this is our strength.”

He further told them to “keep in mind that not only you have to discern light from the darkness, but also protect your men from sedition. The best way to do it is to just follow the SOPs, traditions and time tested ethos of the army”.