Thousands of people, including media criticize Modi government for meat ban in Maharashtra 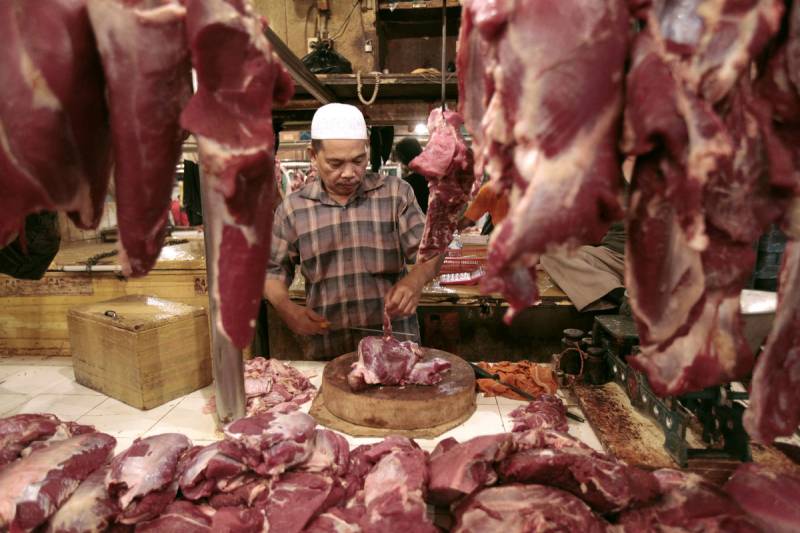 MUMBAI (Staff Report) - A temporary ban on the sale of meat in India's financial capital Mumbai has outraged people on Twitter. Many famous people have criticized the ban on the social media platform.

The ban on mutton, chicken and pork came into effect on Thursday to "honour" the Jain festival of Paryushana. Maharashtra has already banned the sale and consumption of beef, reported BBC.

Thousands of Indians thronged to Twitter to express their opinions about the ban, mostly against it. Some criticized the government and called accused them of converting India into 'Bannistan'. Here are some of the selected tweets:

This #MeatBan is a trick to divert people's focus from real issues to non-issues @ashokepandit #NEWSROOM http://t.co/6S7vCeFwRk

It's sad that a quiet, peaceful community finds itself in the middle of a needless controversy tks to neta opportunism. #Paryushan #meatban

Can we listen to some Meatloaf songs during those four days? #meatban

I'm happy I don't live in Mumbai. A govt which bans meat to appease Jains will force me to eat meat on Bakr Eid to appease Muslims #meatban

What to eat or not it is individual's choice, curbing eating rights is Hitler's style of ruling: Manish Tiwari on #MeatBan in Mumbai