Al-Qaeda: Two leaders dead in US drone strikes in Pakistan 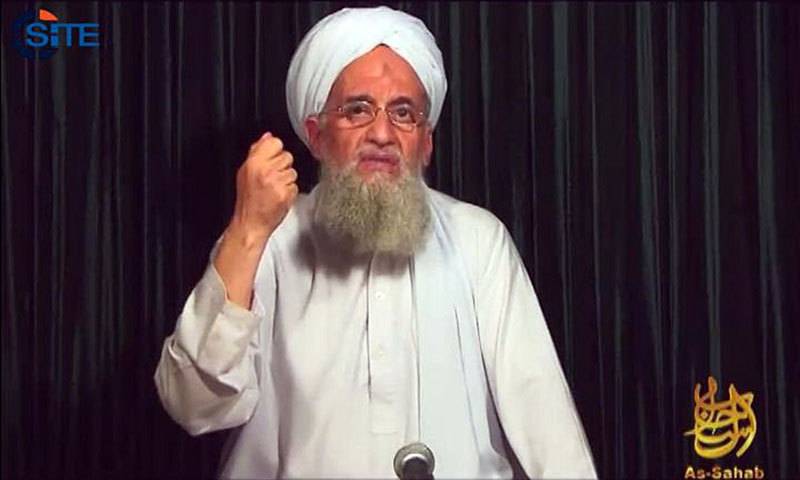 DERA ISMAIL KHAN (Web Desk) – A spokesperson for Al-Qaeda's new Indian branch has said US drone strikes in Pakistan have killed two of its leaders.

In an audio message released Sunday, Usama Mahmood identified the dead as deputy chief Ahmed Farooq and Qari Imran, in charge of the group's Afghan affairs.

Mahmood also lashed out against Pakistan army over its operation in North Waziristan.

"This operation is being carried out under direct supervision of American forces, its leadership and with their direct help through drones and jets," Mahmood said. "Pakistan's army is in fact just providing intelligence against the targets America wants to hit."

Mahmoud said U.S. drone strikes had killed some 50 members of his group. Pakistani officials had no immediate comment on the claims.

Al-Qaeda leader Ayman al-Zawahri announced the creation of al-Qaeda in the Indian Subcontinent in September.

The terror group increasingly finds itself overshadowed internationally by the self-styled Islamic State group, which holds a third of Iraq and Syria in its self-declared caliphate.