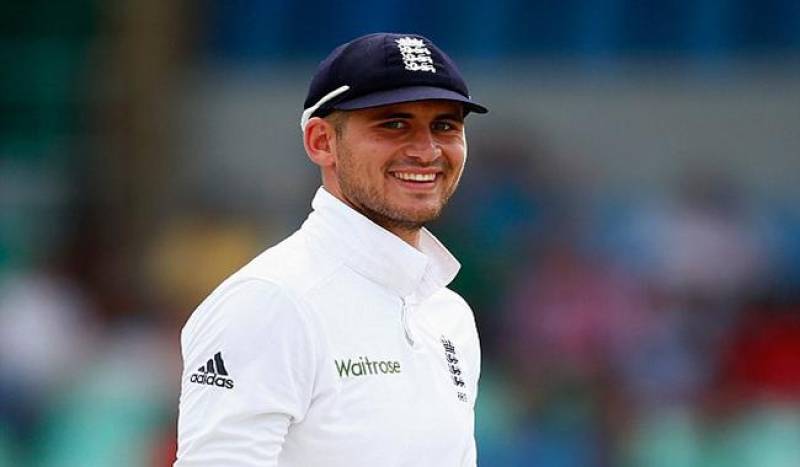 LONDON (APP) - England opener Alex Hales has been fined for showing dissent after confronting the third umpire following his first-innings dismissal in the fourth Test against Pakistan, the International Cricket Council said Friday.

Nottinghamshire batsman Hales was given out for six on Thursday´s first day at The Oval when he clipped Mohammad Amir and Yasir Shah, diving forward in front of the square leg umpire, claimed a low catch.

After several minutes studying seemingly inconclusive pictures, West Indian official Wilson decided there was not enough evidence to overturn his on-field colleagues ´soft signal´ of out and Hales had to go, with England 23 for one in the seventh over.

Hales shook his head as he walked off but an ICC statement issued Friday said he had been punished for his conduct towards Wilson after he had left the field.

An ICC statement said that after he had been given out, Hales "visited the third umpire´s room and questioned the decision".

The ICC statement added: "He also made some inappropriate comments as he was leaving the room."

Hales was fined 15 percent of his match fee, a figure equating roughly to a sum of around £1,000, by match referee Richie Richardson for breaching article 2.1.5 of the ICC code of conduct which relates to "showing dissent at an umpire´s decision during an international match".

After Thursday´s play, Hales admitted the offence and accepted the sanction proposed by Richardson, a former West Indies captain.

As such, there was no need for a formal hearing.

All level one breaches of the ICC code carry a minimum penalty of a warning/reprimand and/or the imposition of a fine of up to 50 percent of the applicable match fee.

This is not the first time this series that Hales has been out of pocket after he gave a partial refund to a spectator who complained about the slow over-rate during England´s 141-run win in the third Test at Edgbaston.