5 BLA ‘militants’ killed in gunfight with CTD personnel in Quetta 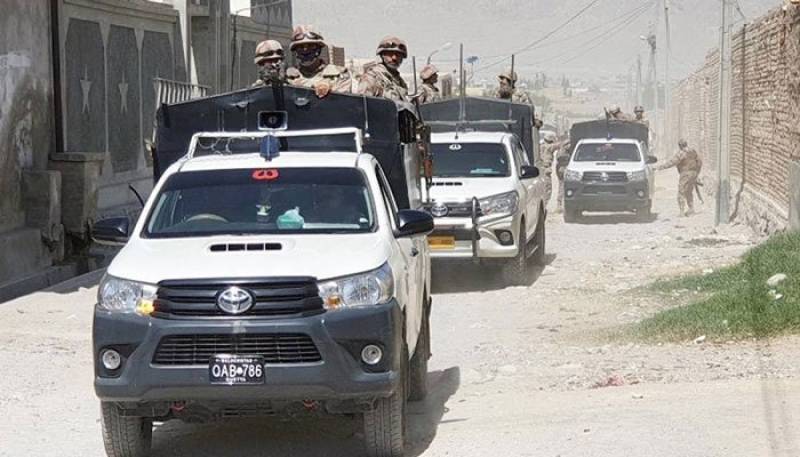 QUETTA – The Counter-Terrorism Department Wednesday killed five of the alleged terrorists of the Baloch Liberation Army (BLA) in the New Marri Camp area of the provincial capital.

Reports quoting sources said the CTD team conducted a search operation on intelligence-based information as there were reports of terrorist attacks on important places on the eve of Independence Day.

Following the tipoff, the security forces cordoned off a compound and asked the suspected terrorists to surrender. Later, the armed men opened fire on the CTD officials, on which forces retaliated and the heavy gun battle continued for an hour, resulting in the killing of five suspected militants.

A senior CTD official said, “Five suspected terrorists of Baloch Liberation Army (BLA) were killed in the exchange of fire while three armed men managed to escape taking the benefit of darkness”.

QUETTA – Awami National Party leader and activist Malik Ubaidullah Kasi has been murdered in the southwestern ...

Meanwhile, the bodies of slain militants were shifted to the civil hospital Quetta where two of them were identified as Jamil Ahmed and Mohammad Khan while three others could not be identified so far.

Furthermore, CTD officials have launched an operation to apprehend the escaped militants.

In recent days, three grenade attacks occurred on two pushcarts and a shop selling national flags in parts of Quetta which killed one and injured the other five. The Baloch Liberation Army has claimed responsibility for the grenade attacks.