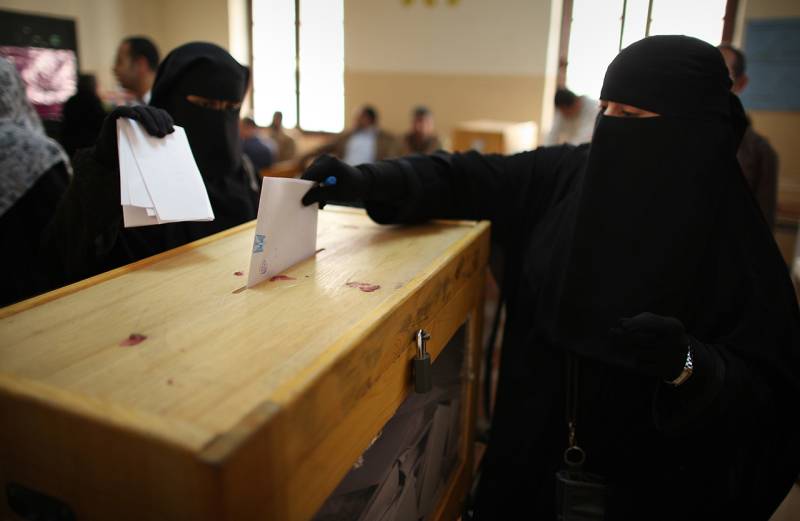 RIYADH (Web Desk) - Saudi Arabia is going to the polls in unprecedented municipal elections in which women can cast a ballot for the first time, in a tentative step towards easing restrictions on women.

The conservative kingdom, where women are banned from driving and must cover themselves in public, is the world's last to give its women the right to vote.

Women are also standing as candidates; a total of 978 women have registered as candidates, alongside 5,938 men. 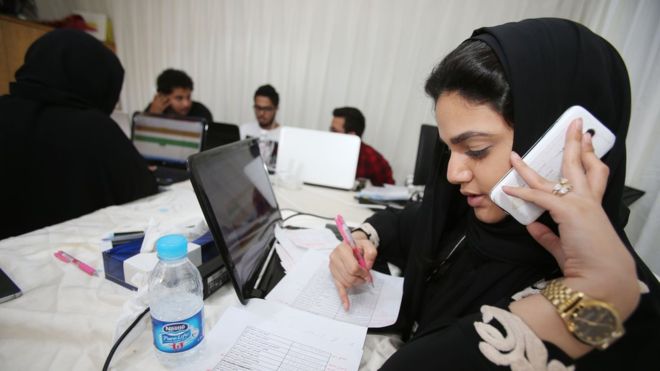 They are up against nearly 6,000 men competing for places on 284 councils whose powers are restricted to local affairs including responsibility for streets, public gardens and rubbish collection.

A strict separation of the sexes in public facilities meant that female candidates could not directly meet the majority of voters - men - during their campaigns.

Women also said voter registration was hindered by bureaucratic obstacles, a lack of awareness of the process and its significance, and the fact that women could not drive themselves to sign up.

As a result, less than one in 10 voters are women and few, if any, female candidates are expected to win.

But one-third of council seats are appointed by the municipal affairs ministry, leaving women optimistic that they will at least be assigned some of them.

More than 900 women are running for seats.

About 130,000 women have registered to vote, officials say. That figure still falls well short of male voter registration, which stands at 1.35 million.

Salma al-Rashed was the first woman to register to vote. "It felt really good," she told the BBC. "Change is a big word but the election is the way to make sure we are really represented." 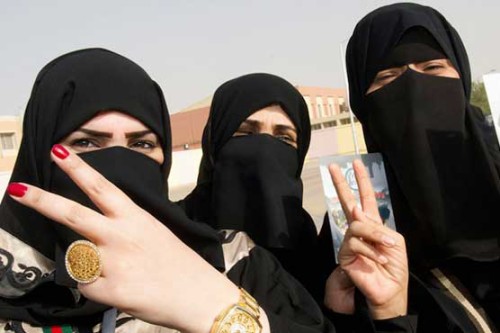 "Women here are doctors and engineers - it's not like women aren't there," Lama al-Sulaiman, a candidate in Jeddah, told Al Jazeera.

The election is for municipal councils with few powers, but it's a milestone for Saudi women.

As soon as the polls were open at 0800 local time in Riyadh, Hatoon al-Fassi rushed to cast her vote. The Saudi academic and women's rights campaigner had to be driven there. Women are still banned from taking the wheel to the polling stations.

She voted in an almost empty polling station, for women only. The election is segregated, like everything else in this deeply conservative society.

"It feels great," she said as she emerged, with a huge smile. "This is a historical moment. I thank God I am living it." She has been pushing for this day for more than a decade. 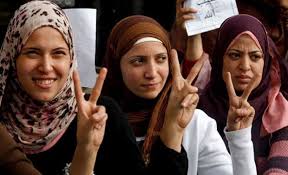 Elections themselves are a rare thing in the Saudi kingdom - Saturday will be only the third time in history that Saudis have gone to the polls.

The decision to allow women to take part was taken by the late King Abdullah and is seen as a key part of his legacy.

In announcing the reforms, King Abdullah said women in Saudi Arabia "have demonstrated positions that expressed correct opinions and advice".

Before he died in January, he appointed 30 women to the country's top advisory Shura Council.

There are 2,100 council seats available in Saturday's vote. An additional 1,050 seats are appointed with approval from the king.

The results of the elections are expected to be announced later on Saturday.