4th Test: India beat England by an innings and 36 runs to clinch series 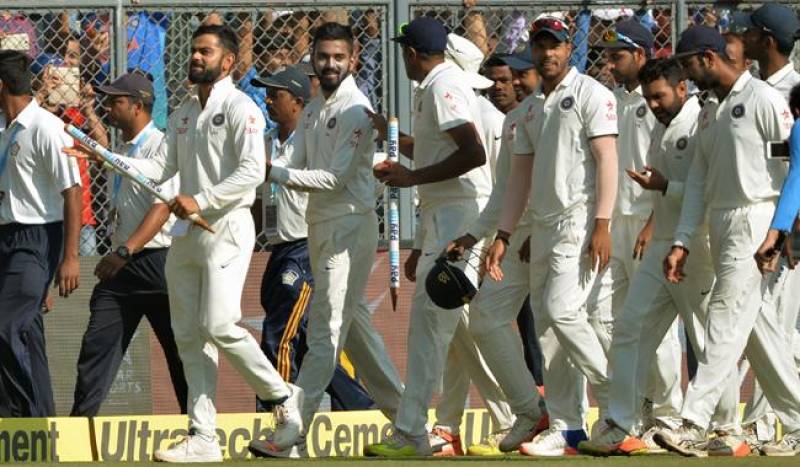 MUMBAI - India beat England by an innings and 36 runs in the fourth Test in Mumbai on Monday, clinching the five-match series 3-0 with a game to spare.

England were all out for 195 in their second innings, with Ravichandran Ashwin taking six wickets for 55 runs after India made a massive 631 in their first innings. Virat Kohli won the man of the match award for his double ton.

With the win in Mumbai, India have remained unbeaten for 17 matches in a row - equalling their longest such streak in Test cricket. This also means that they have secured their fifth consecutive series.

The Mumbai test has been only the third time in Test history, and the second time for England, that a team had made 400 in the first innings and then lost by an innings.