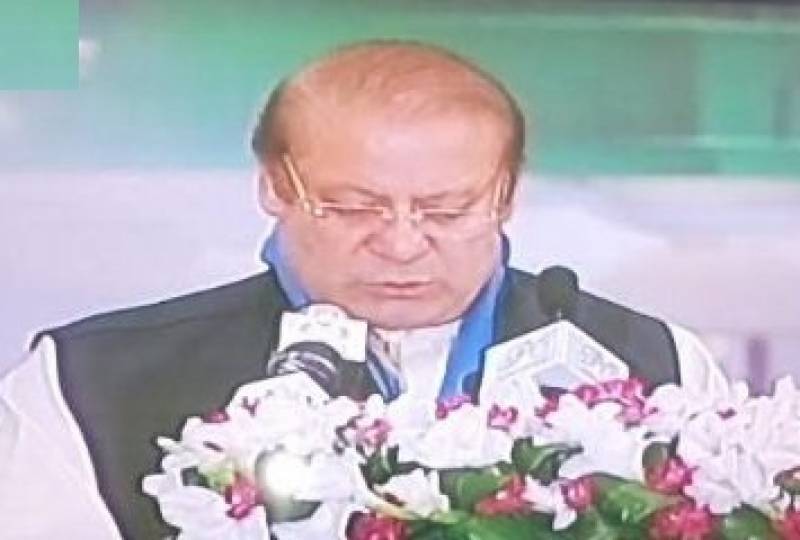 LAHORE - Prime Minister Nawaz Sharif has called upon religious scholars to contribute towards peace and prosperity of Pakistan by playing a role in eliminating extremism and terrorism and by promoting tolerance and inter-faith harmony.

He made these comments during the National Seerat Conference on the topic of "Interfaith Harmony in the Light of Islamic Teachings and Life of Holy Prophet Muhammad [Peace be Upon Him]" in Lahore on the occasion of Eid Milad-un-Nabi on Monday. The conference was attended by scholars belonging to different religions.

"Islam is the religion of peace and tolerance and it is regrettable that certain elements distorted this very image by spreading anarchy and bloodshed", the Prime Minister stressed. 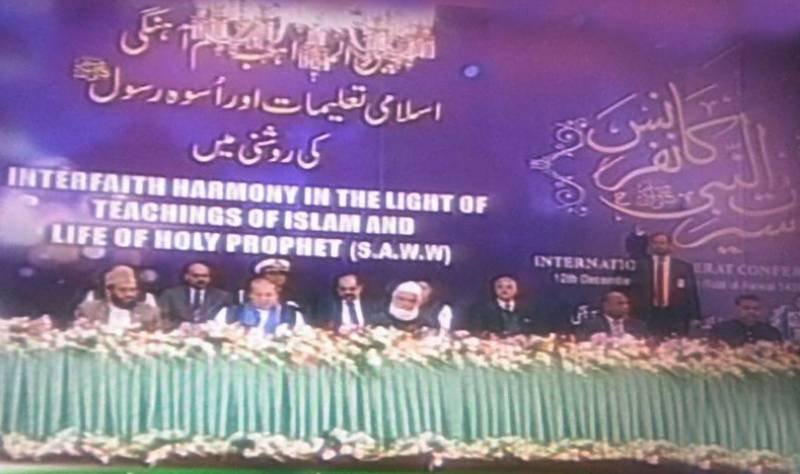 The Prime Minister pointed out that due to the efforts and sacrifices of the national leadership, religious scholars, armed forces and police the hideouts of the terrorists are close to being eliminated. At this critical juncture it is the responsibility of the Ulema to reestablish the link between Islam and peace by taking guidance from the life and teachings of the Holy Prophet (PBUH).

During his address, the Prime Minister pointed out that Prophet Mohammad (PBUH) had laid down the first written constitution in the form of Misaq-e-Madina as well as the first charter of human rights in the form of his last Hajj Sermon. He said these two precedents should serve as a beacon of light for Muslims and enable them to develop good relations with followers of other faiths and religions.

Nawaz Sharif added that Mohammad Ali Jinnah and Allama Muhammad Iqbal had envisioned Pakistan as a modern Islamic state, and that it was the need of the hour for the Ulema to lead the state the society to achieve that long-cherished dream.