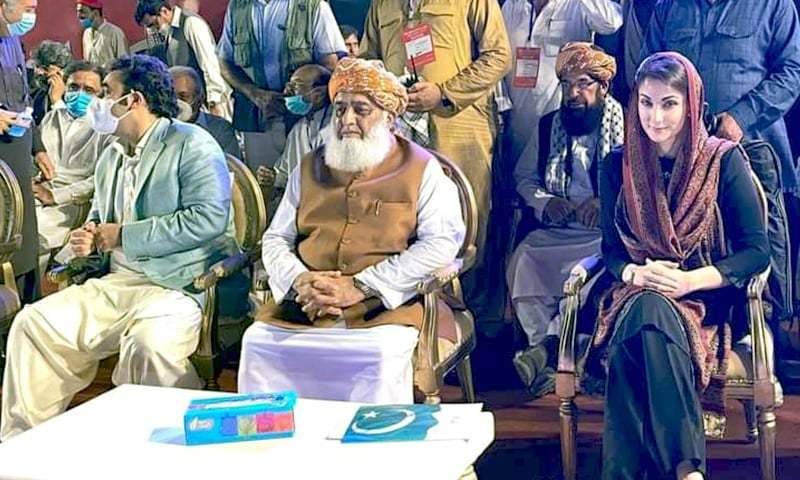 LAHORE – Police on Saturday warned the senior leadership of the Pakistan Democratic Movement of a possible "terrorist activity" on December 13, the day the Opposition is set to hold public-gathering at Minar-e-Pakistan in Lahore.

The authorities have sent letters to PDM chief Maulana Fazlur Rehman, PML-N Vice President Maryam Nawaz, PPP Chairman Bilawal Bhutto Zardari and others in this regard.

"TTP terrorists are coordinating to carry out a terrorist activity on 13 December, 2020. Although details regarding place of terrorist activity and likely targets is not available, the date (13 December 2020) appears to be significant as a huge public gathering is expected at Minar-e-Pakistan," read the letter.

It adds that after the terror elements failed in their attempt in Peshawar, "they are planning to shift their operatives, required material and logistics towards another place (most likely Lahore)". 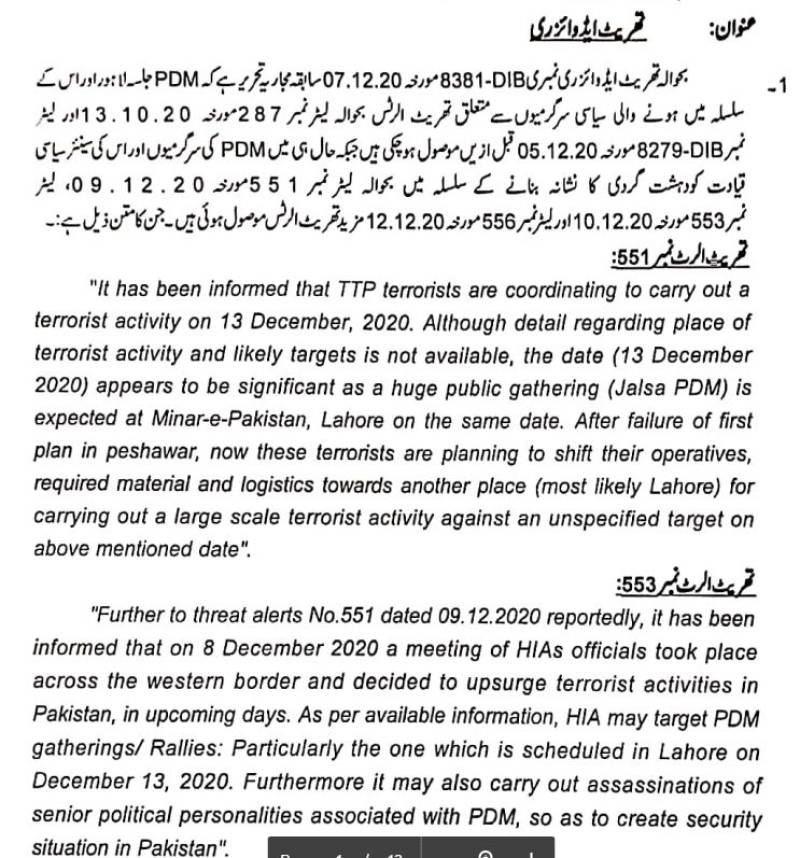 The letter further revealed that a meeting was held on December 8 on the Western border to "upsurge (sic) terrorist activities in Pakistan".

The banned groups "may also carry out assassinations of senior political personalities associated with PDM" to create instability in the country, it further warns

"Besides other targets, political and religious personalities or high profile figures of minorities in Punjab Province are on their priority list," said the letter.