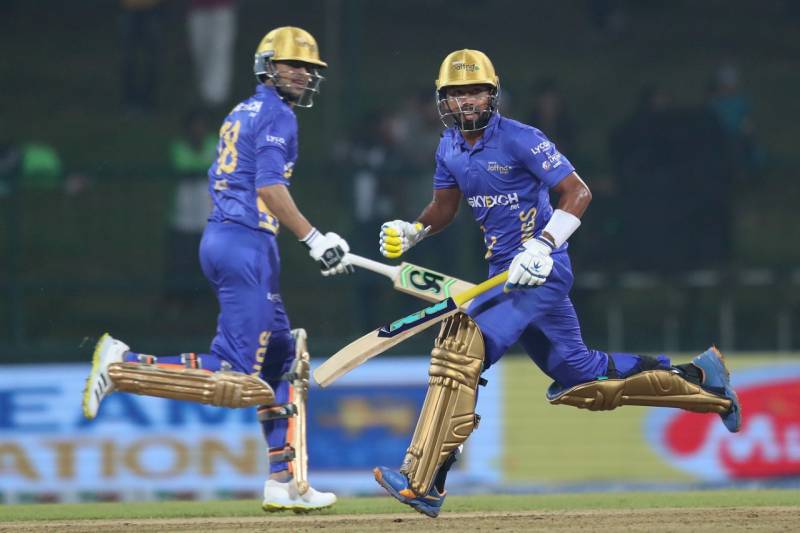 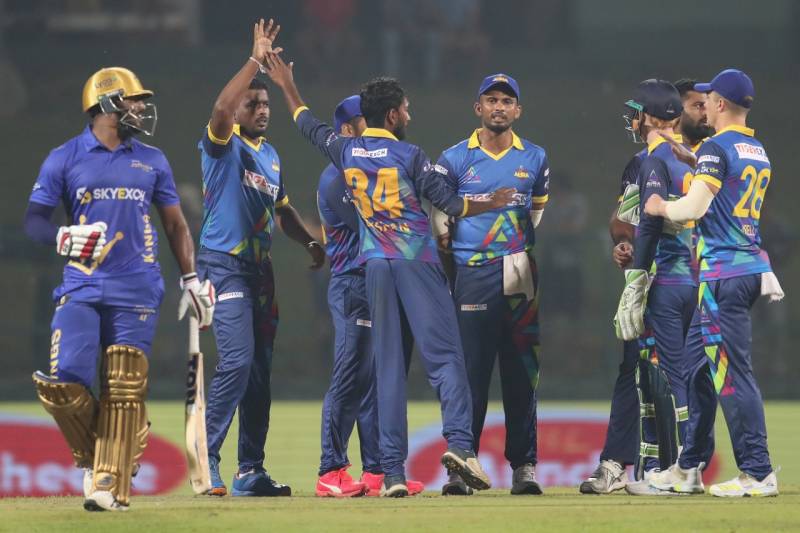 PALLEKELE – Defending champions Jaffna Kings beat Dambulla Aura by 51 runs at the Pallekele International Cricket Stadium on Sunday at the Lanka Premier League 2022. Batting first, the Jaffna Kings posted a mammoth total of 240 for the loss of 4 wickets.

For Dambulla Aura, Shevon Daniel and Jordan Cox opened the innings. However, Jordan was sent back to the pavilion by Binura Fernando for 5 runs. Bhanuka Rajapaksa and Shevon put up a 24-run partnership before Shevon was dismissed by Binura Fernando. Bhanuka made 38 runs from 31 balls, which included 5 boundaries. Towards the end of the innings, captain Dasun Shanaka made a quickfire 44 from 23 balls. His innings was laced with 4 boundaries and 3 sixes. Ravindu Fernando was unbeaten at 19 from 13 balls. Dambulla Aura fell short of the target by 51 runs.

For Jaffna Kings, Binura Fernando was the pick of the bowler as he scalped 4/22 from his allotted 4 overs. Meanwhile, Suminda took 2 wickets, Dhananjaya de Silva and Dilshan Madushanka took 1 wicket each.

Earlier, after winning the toss, Dambulla Aura elected to bowl first. For Jaffna Kings, Rahmanullah Gurbaz played a brilliant knock. He scored a superb 73 runs from 35 balls. His innings included 7 boundaries and 5 sixes. He was well supported by Avishka Fernando, who made 54 runs from 30 balls. His innings was laced with 6 boundaries and 2 sixes. Shoaib Malik and Sadeera Samarawickrama contributed with 32 and 38* runs respectively. For Dambulla Aura, Lahiru Kumara picked 2/56, while Pramod Madushan and Dushan Hemantha picked one wicket each.

Man of the Match: Rahmanullah Gurbaz