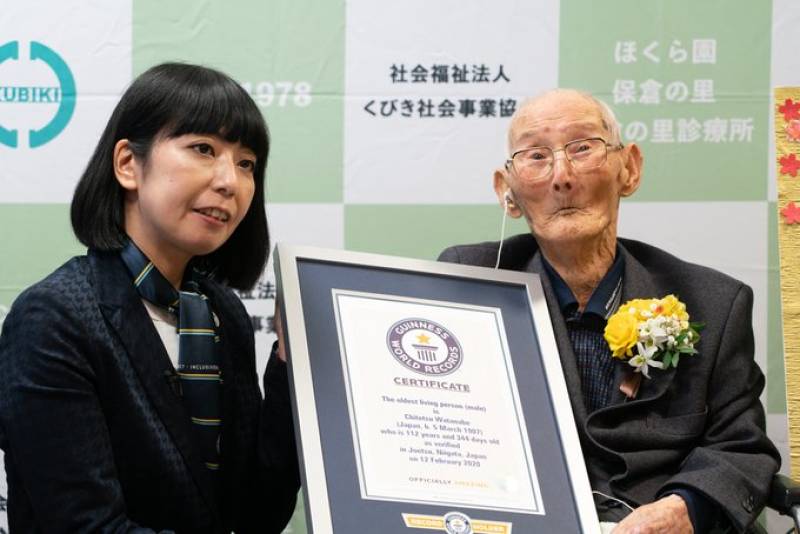 TOKYO –  A 112-year-old Japanese man has been crowned the world's oldest male, claiming that smiling is the key to longevity.

Chitetsu Watanabe, who was born on March 5, 1907 in Niigata, north of Tokyo, was officially given the title at his nursing home in the city, Guinness World Records said Wednesday.

Congratulations to Japan's Chitetsu Watanabe who has been confirmed as the world’s oldest man living at 112 years old > https://t.co/rSAz65nIl1pic.twitter.com/G7BVIy1o0y