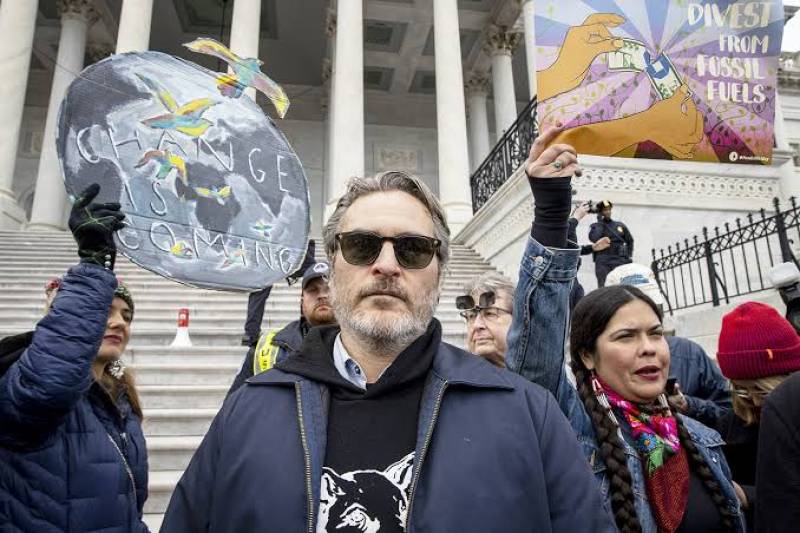 On Friday, a spokesperson for Fire Drill Fridays, the name of Fonda’s weekly initiative, confirmedthat the actor was among 147 people arrested in the protest for crowding, obstructing or incommoding.

There were 300 in attendance at what would be (for now) Jane Fonda’s final D.C. “Fire Drill Fridays” protest. Phoenix was arrested alongside fellow actor Martin Sheen on the steps of Capitol Hill. Actress Maggie Gyllenhaal was also there in support of Fonda’s protest but was not arrested.

This is the 14th week of Fonda's climate crisis protests in DC.

This week's protest focused on major banks and investors that finance the expansion of the fossil fuel industry. It's also the last protest for the time being, as Fonda will be returning to Los Angeles.