15 hotels sealed in Murree for overcharging tourists in snowstorm 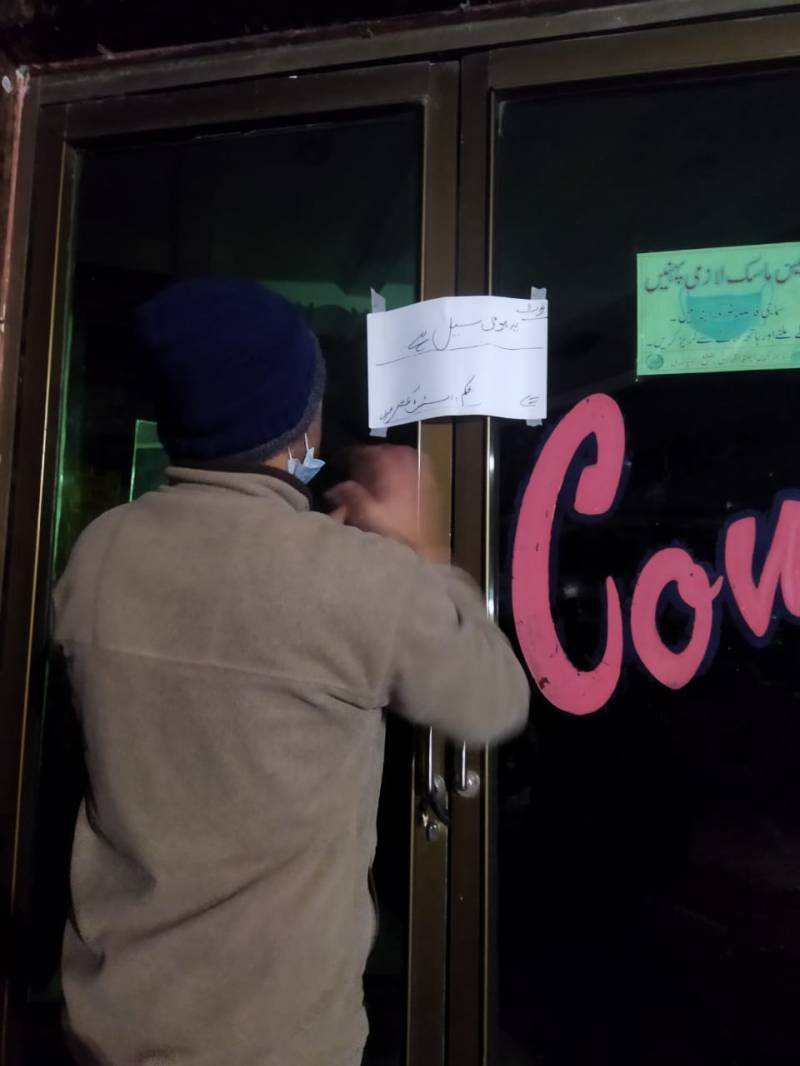 ISLAMABAD – The administration has sealed more than a dozen hotels in Punjab’s resort town of Murree for overcharging tourists during a deadly snowstorm last week.

The development was announced by Rawalpindi deputy commissioner on Twitter.

He said that the Assistant Commissioner of Murree has sealed hotels located on Kuldana Road, Upper Jhika Gali Road, Bank Road and Abu Dhabi Road after social media users vented out anger for overcharging and other offenses.

At least 23 people died of cold and asphyxiation in the country’s most visited destination on Saturday.

Police said some of the victims froze to death in their cars, while others died from asphyxiation after inhaling exhaust fumes as their cars became stuck in the snow.

A number of videos of tourists stranded in Murree circulating on social media with many complaining about overcharging by hoteliers.

Meanwhile, police have arrested a man for swindling tourists after they got stranded in Murree due to heavy snowfall.