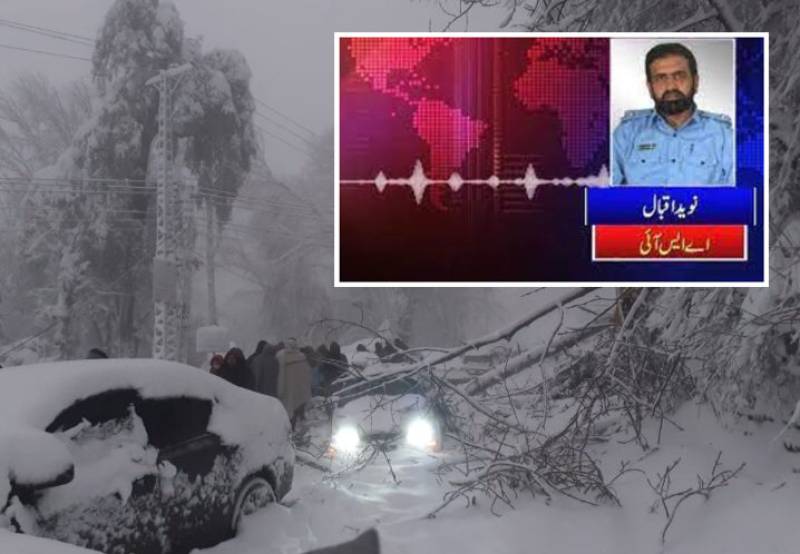 ISLAMABAD – At least 21 people died on Saturday when their vehicles became stuck on snow-covered roads leading to a popular tourist town near the country’s federal capital Islamabad.

The last picture with family to the final audio message, many incidents went viral online with many paying tributes to victims who succumbed to the extreme weather during a snowstorm.

Among the deceased is Assistant Sub Inspector of the Islamabad police, Naveed Iqbal, who along with his 43-year-old wife and six children were traveling in a car bearing an Islamabad registration number 483.

The 49-year-old, in the last voice note, pleaded for help to his colleague however he exposed the administration's negligence which also garnered criticism of state leaders. The deceased ASI can be heard requesting his colleague to check on the crane, saying he and his family have been stranded for the last 18 hours.

The ASI also said that the family was worried as local authorities were holding out for cranes to start working and paving the way for stranded vehicles.

Naveed can be heard asking his colleague that how many more hours they would have to wait for the crane to reach. He also expressed hope saying the roads can be cleared for travel if the crane starts working.

Following the demise of the capital cop, the Islamabad IG said the police force stood in solidarity with the family in this difficult time and expressed deep sorrow. “All possible cooperation will be extended to the family of the late ASI,” he said.

The opposition leaders also slammed the Pakistan Tehreek-e-Insaf government over the Murree tragedy. PML-N President and National Assembly Opposition Leader Shehbaz Sharif said the death of dozens of tourists in Murree was mass murder by the incompetence of the government, and not just an unfortunate incident.

PML-N VP Maryam Nawaz said the government was not only responsible for counting the number of tourists, but it also has to make necessary arrangements for them as well. The PMLN leader also prayed for the forgiveness of the deceased.

Pakistan People’s Party Chairman Bilawal Bhutto-Zardari says tourists should have been informed about the Murree weather situation. He said the entire nation was saddened over the unfortunate incident in Murree, as he, too, expressed sorrow over the deaths of people.

Pakistan was left stunned on Saturday as 21 deaths owing to a deadly blizzard in hill station hit the mainstream and social media.

LAHORE – Ninety percent of roads of Pakistan’s resort town of Murree have been cleared after at least 22 ...

Pakistan Army troops rescued people from at least 24,000 vehicles stranded by heavy snow near the hill station town, officials said while other snowbound drivers and their passengers were given blankets and food.

A statement issued by ISPR said troops have been moved and they are clearing traffic and opening roads where machinery can’t reach.