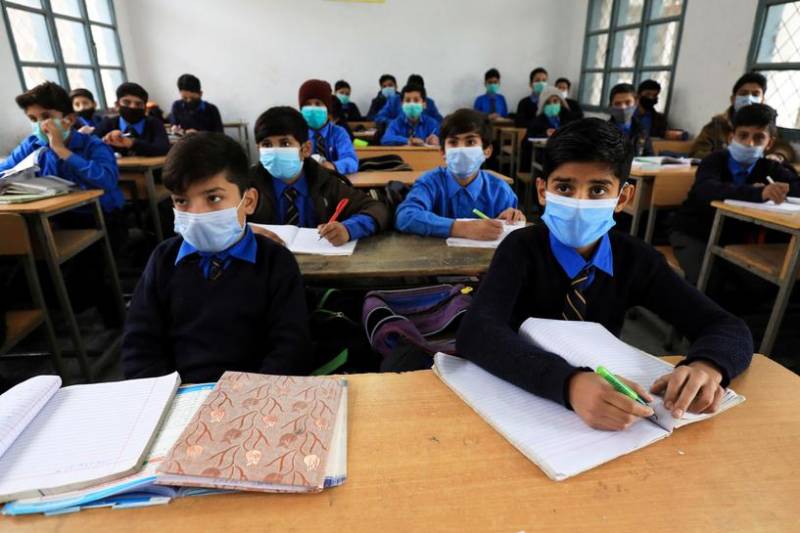 ISLAMABAD – Federal Education Minister Shafqat Mahmood on Saturday said that he wants educational institutions to remain open but officials will decide on schools closure if the situation worsens.

Addressing a news conference along with Fawad Chaudhry, the education minister said the situation is different in every province at present and in general if the situation does not get worse then schools will not be closed.

However, if there is any indication of any concern, we can also close schools again, he responded to a question.

Shafqat also mentioned that so far, all the decisions regarding the closure of schools have been taken in the meeting of inter-provincial education ministers.

KARACHI – The Sindh government is mulling over closing educational institutions in Karachi due to rising number ...

Raas also requested the school administrations and students to adhere to the coronavirus standard operating procedures (SOPs) issued by the government.

Earlier in September 2021, the government closed all public and private schools, colleges and universities in the province due to a surge in Covid-19 cases and suspended inter-city transport between 15 major cities.

LAHORE – All educational institutions in the country’s largest province Punjab will reopen on January 7 ...

Meanwhile, Pakistan is facing the fifth Covid wave in wake of Omicron cases. The positivity rate in the country's financial capital Karachi has doubled in one week to cross 10 percent. Overall, the country detected more than 1,500 new infections in the last 24 hours – highest in over three months. The highest number of cases was reported in Sindh followed by Punjab.