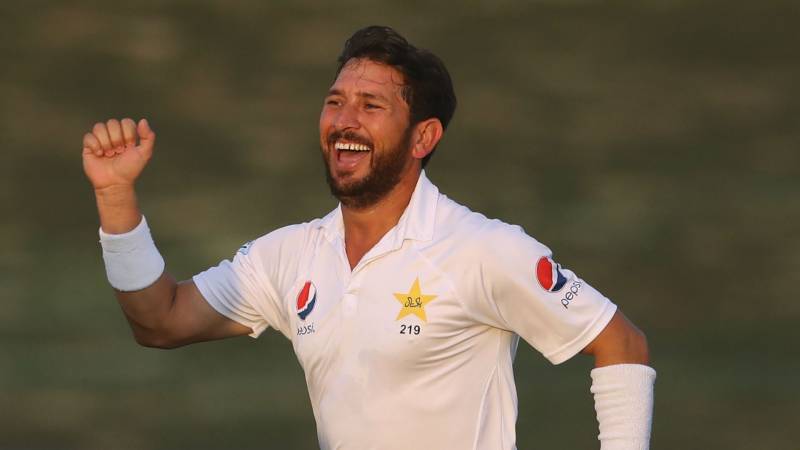 ISLAMABAD – Pakistani Test cricketer Yasir Shah, who was named in a case for allegedly aiding in the rape and harassment of a minor girl, has been declared innocent.

Reports in local media said Shah’s name was removed from the case concerning the alleged rape of a teenaged girl however his friend Farhanuddin escaped from Islamabad’s district and sessions court after his pre-arrest bail application was rejected.

As per the latest update, the Islamabad cops have removed the name of Pakistan’s spin wizard from the case which garnered a lot of attention. Test cricketer was found innocent as the victim herself admitted that the name of the former was included in the FIR due to some confusion.

In a supplementary report, the victim girl also asked to remove Yasir Shah’s name from the FIR claiming Shah has nothing to do with the case.

On Monday, Yasir’s friend managed to escape from Islamabad’s district and sessions court after his pre-arrest bail application was rejected. Additional District and Sessions Judge Ata Rabbani after hearing the arguments rejected the pre-arrest bail plea of the Farhanuddin.

However, the prime accused fled from the courtroom while the federal law enforcers failed to arrest him.

The FIR was lodged on the complaint of the victim’s aunt on December 19 against Yasir and his friend, Farhan, under sections 292-B, 292-C, and 376 of the Pakistan Penal Code.

ISLAMABAD – A close companion of Pakistani Test cricketer Yasir Shah fled a courtroom on Monday after his ...

The complainant claimed that a friend of Shah had raped her at gunpoint and also filmed it. Later, the national cricketer and his friend threatened her to share the video on social media, the FIR said, adding that Yasir Shah also warned of embroiling her in the case if she contacted the police.

The victim earlier mentioned that when she contacted Shah on Twitter to explain her ordeal, Shah said: “I like teenage girls and also warned me [the victim] of severe consequences”.

ISLAMABAD – Pakistani cricketer Yasir Shah has been booked in the federal capital for allegedly harassing a girl ...