Whose cash is it? Hareem Shah denies money-laundering charges in DP exclusive interview 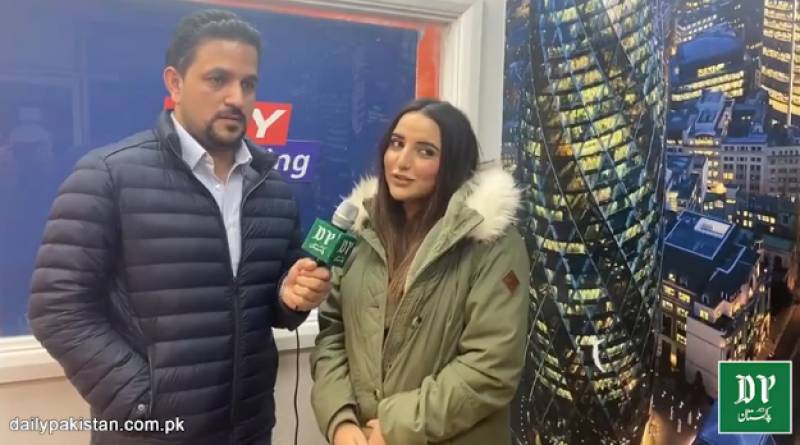 LONDON – A Pakistani social media celebrity has denied any wrongdoing after her video with a huge pile of foreign currency prompted a federal investigation into suspected money laundering.

Hareem Shah, 30, told DailyPakistan on Wednesday that it was "a mistake" and she has learnt a lesson from it.

The interview came shortly after the Federal Investigation Agency (FIA) initiated a money laundering probe against Shah over a viral video clip in which she could be seen flaunting foreign currency while claiming that she easily managed to take a hefty amount out of the South Asian country.

Shah, who is famous for stirring scandals, shared from the same place where she made the video -- a money exchange in the United Kingdom -- that she was simply "chilling" and was totally oblivious of what could her "fun video" bring to her.

"I don't even know what money laundering is," the TikToker said.

When asked whether she was planning to meet former prime minister Mian Nawaz Sharif and MQM founder Altaf Hussain, who live in London and face similar accusations of money laundering, Shah stated that her foremost priority was to finish for what she came to the UK.

Daniyal Malik, the owner of the money exchange, clarified that it was his customer's cash and he was going to deposit it in a bank nearby. Hareem Shah, whom he had invited to a lunch, then asked him to give her the cash for a video.

Malik claimed to have all the proof that the money in question was "absolutely legal."

Earlier, a spokesperson for the FIA said they have decided to write to Britain’s National Crime Agency to take action against the TikToker who mocked the authorities in her video as she claimed to carry a hefty sum of money abroad under the name of Fizza Hussain. Later, she retracted the statement.

Pakistani laws prohibit individuals from carrying more than $10,000 in cash outside of the country.