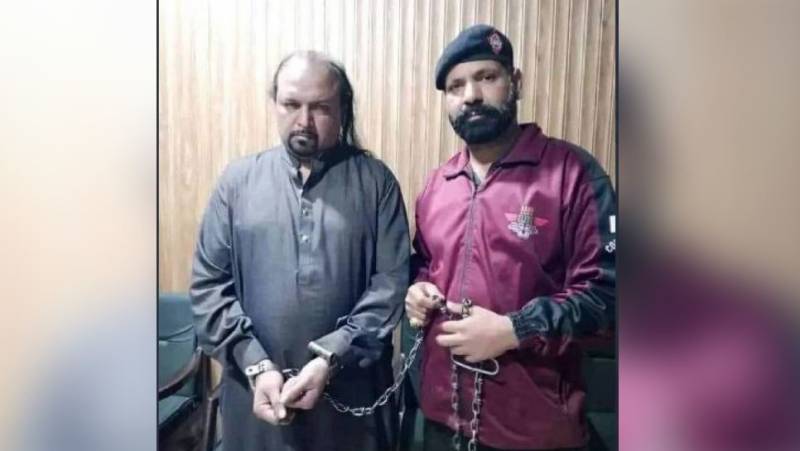 MIRPUR — Malik Ambar, who is famous as ‘Nutter Don’ on social platforms, was held for spreading obscenity online this week.

The social media sensation was presented by police officials in front of media. Azam, who created online frenzy with his lewd content, regretted his wrongdoings in the latest clip doing rounds on internet.

Hanging his head in shame, the man sporting long hair and Van Dyke beard was spotted standing in handcuffs, admitting the indecent content being shared in the guise of entertainment from his accounts.

In the clip, the culprit urged the masses to use online public platforms with a positive approach. Regretting his previous content, the viral man pledged not to repeat it again and asked other people to remove all his clips.

Responding to a media correspondent who was filming him with a handheld device for confession, Nutter refused to be an Islamic scholar. He, however, mentioned his involvement for organising religious events.

Police in Azad Kashmir had arrested him in Mirpur district on the orders of SSP Irfan Saleem. His arrest comes after the public demanded action against him for abusing and talking disgracefully to people on the widely popular social media app.