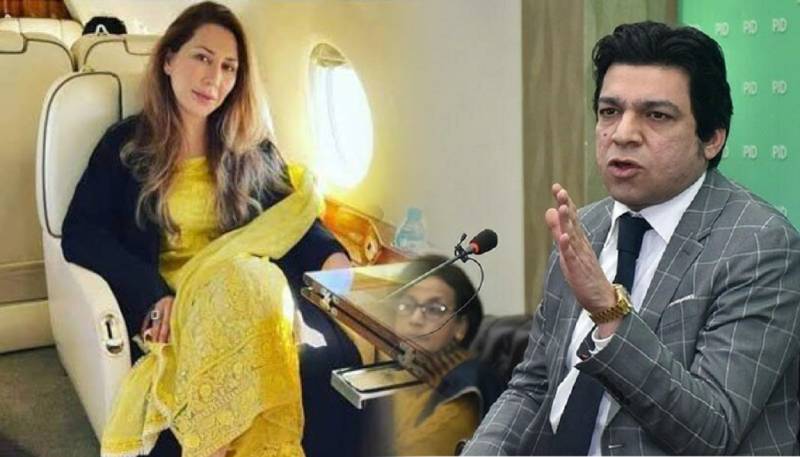 Sharing the alleged tale of Farah’s escape to Dubai, Vawda claims that the former top general was fully aware of Farah plan’s to flee amid graft allegations, however, he refrained to step into the matter. Bajwa was of the view that Imran Khan might take the matter personally.

The close friend of the former first lady has been accused of corruption, as UAE based businessman accused her for alleged role in the selling of Toshakhana gifts.

She was accused of buying a 10-acre industrial plot worth Rs600 million for just Rs80.30 million in Faisalabad’s special economic zone during the tenure of the PTI government in Punjab. However, the Anti-Corruption Establishment (ACE) recently dropped this case against her.

Farah has also been accused of using her influence over bureaucratic appointments in Punjab and making money from the babus. However, the then prime minister Imran Khan defended her and said she was a victim of ‘political vendetta’. He said Farah was being targeted for being a close friend of his wife.

In June 2022, a couple of audio leaks surfaced online wherein she purportedly demanded a precious diamond gift for Bushra Bibi from property tycoon Malik Riaz and his daughter Amber Riaz in return for ‘removal of locks’ on a project site and withdrawal of a report against Malik Riaz.

Farah faces NAB cases for allegedly acting as a front-person of Imran Khan and his wife Bushra Bibi. She is a director of a construction company, Ghosia Builders, which allegedly used to secure government tenders during the PTI rule. The company runs construction projects in the UAE. She is reportedly a shareholder in seven other companies as well.

And last but not the least, Farah is being named in the Toshakhana gifts sale controversy. She is alleged to have facilitated the sale of a precious watch, which was gifted by the Saudi Crown Prince to the then prime minister Imran Khan.