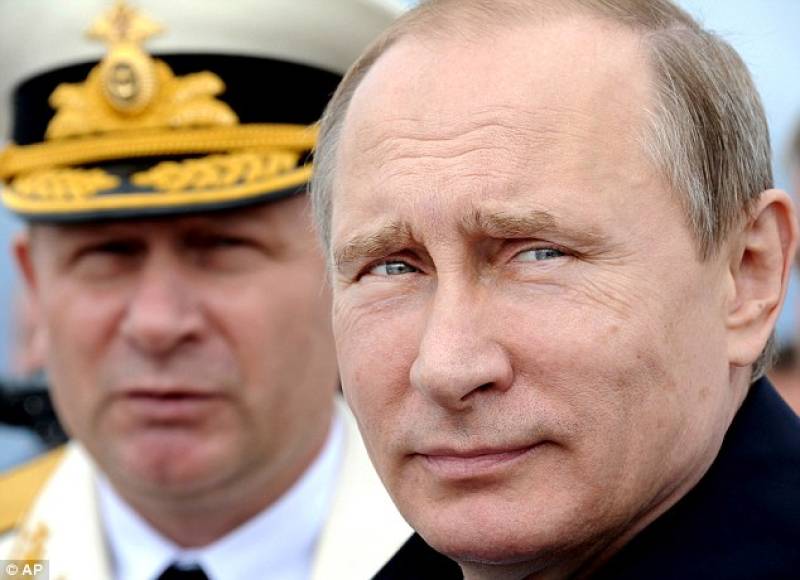 RUSSIA (Web Desk) - Vladimir Putin has sacked every single commander in Russia's Baltic fleet in what has been described as a 'Stalin-style' purge.

Up to 50 officers of the fleet were fired alongside Vice Admiral Viktor Kravchuk and his chief of staff Rear Admiral Sergei Popov after they reportedly refused to follow orders to confront Western ships.

Reports in Russia also suggested the purges followed an alleged cover-up of a submarine accident, flaws in recruitment and military construction projects.

The performance of Russia’s military during recent high profile, large-scale military NATO military exercises in the Baltic may have something to do with it. As could the ever escalating games of brinkmanship being played out in the international waters and skies.

“Some hint that the ‘buzzing’ of USS Donald Cook by Russian Su-24 fighter-bombers on April 14, 2016 was meant to be part of a broader series of Russian confrontations against Western ships in the Baltic,” says international affairs analyst Peter Coates.

“But the Russian Baltic Fleet in April, however, refused to follow such dangerous orders — hence Putin’s retaliation against his own naval officers.”

The only remaining Russian enclave on the Baltic coast is Kaliningrad, the most militarized plot of land in Europe — and one of the catalysts for a planned build-up of forces by the Western military alliance on its eastern flank.

NATO military and civilian leaders fear that Russia is using Kaliningrad to create what is known as an anti-access/area denial bubble, using systems like surface-to-air missile batteries to deny NATO access to certain areas in its own territory in the event of a conflict.