Pilgrims converge on Mina ahead of Hajj 2021 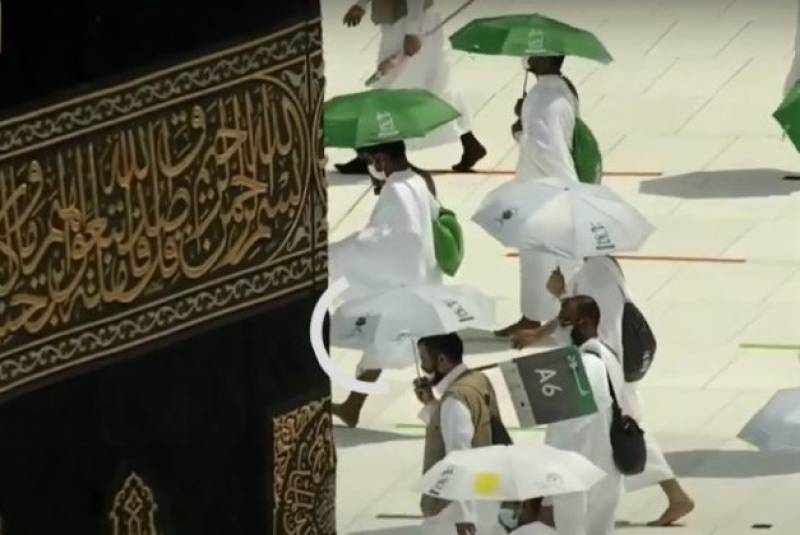 In wake of the Covid pandemic, no foreign pilgrims have been allowed to perform the Hajj for the second year in a row while the number of Saudi nationals has also been restricted to stem the spread of novel disease.

The pilgrims all covered in two white sheets proceed to Mina as the annual ritual begins today. The ritual to commemorate Prophet Ibrahim, his wife Hager and their noble son Prophet Ismael (May peace be upon all of them) held every year when more than 2.5 million Muslims throng the holy city of Mecca from all across the world.

Meanwhile, Saudi Arabia’s Ministry of Hajj and Umrah has launched Hajj smart card to enhance the digital services and facilitate the journey of pilgrims while performing the rituals of Hajj.

The first smart Hajj card is linked to all the services such as entering the camps using transportation, entering hotels, and paying through ATMs. It also helps guide lost pilgrims, controlling entry to the camps and timing of grouping and transportation. This will be the first time the technology is used to serve pilgrims throughout their journey.

The initiative was launched in the presence of Mecca Governor Prince Khaled Al-Faisal, who is also the chairman of the Central Hajj Committee, and his deputy Prince Badr bin Sultan.

JEDDAH – Saudi Arabia has issued the first smart Hajj card, which is linked to all the services such as entering ...

The project covers an area of 1.6 million square meters and is supported by smart systems for screening and a unified digital gateway that facilitates traffic and reduces the waiting period of people arriving in Makkah during peak times from 45 to seven minutes.

The number of vehicle lanes has been also increased from six to 16, and special lanes have been dedicated to buses, transport vehicles, trucks, and emergency vehicles.

The center includes administrative offices, a mosque, a center for civil defense and another for the Red Crescent Authority, and a building for security and governmental authorities.

Last year, only up to 10,000 Saudi citizens and residents were permitted to perform the annual pilgrimage.