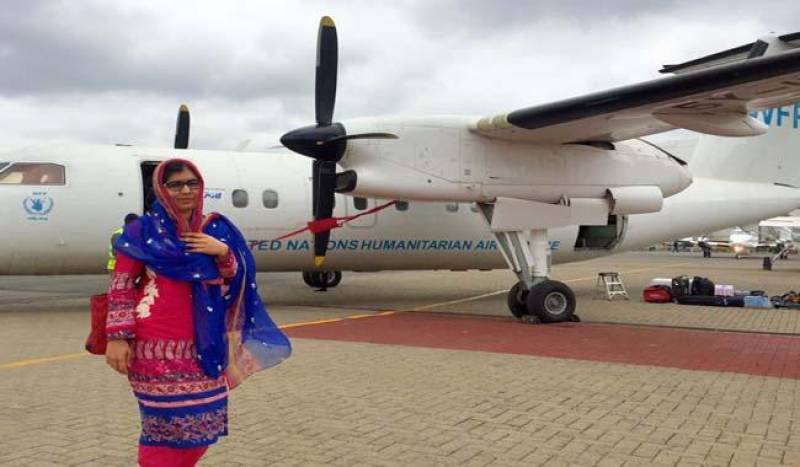 KARACHI - Malala Day, a commemorative day named after the teenage girl who stood up for girl's education during the Taliban rule in Swat, is being observed today to promote children's education around the world.

According to The News, the day fell on Malala Yousafzai's 19th birthday.

July 12th was declared "Malala Day" by United Nations Secretary-General Ban Ki-Moon in 2013 to commemorate Yousafzai's 16th birthday. On the first-ever Malala Day, the teenage activist delivered a speech at the UN calling for worldwide access to education.

In that speech, Yousafzai said that Malala Day did not belong to her. Rather, she said, it was the "day of every woman, every boy and every girl who [had] raised a voice for their rights."

Malala has spent every birthday since 2013 campaigning for girls' education around the world and travelling to areas where girls face the greatest barriers to education.

The Malala Fund - a charity founded and led by Yousfzai - took to Twitter to disclose Malala's plans for today. Details about the places she will visit this year have yet to be released.