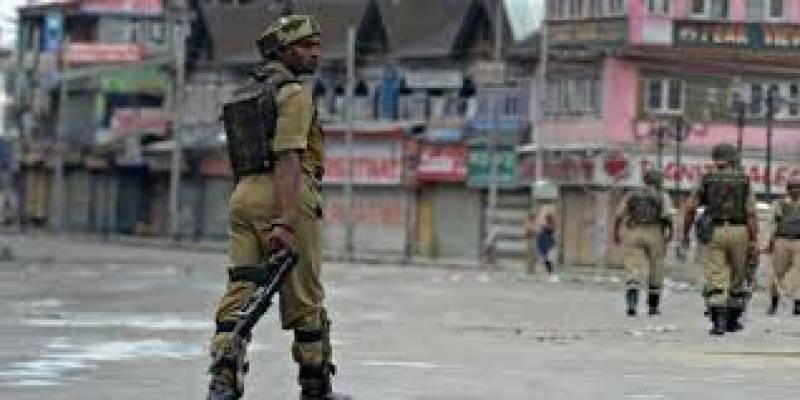 SRINAGAR - Hurriyat leadership including Syed Ali Gilani, Mirwaiz Umar Farooq and others have appealed to the people of the territory to observe complete shutdown tomorrow (Monday) to reaffirm the pledge to continue the mission of their martyrs till the achievement of the inalienable right to self-determination.

It may be recalled that on the 13th of July 1931, the troops of Dogra Maharaja had killed 22 Kashmiris outside Central Jail in Srinagar during the court proceedings against Abdul Qadeer, who had asked Kashmiri people to defy the Dogra rule.

Since then, Kashmiris have been observing 13th July as Kashmir Martyrs' Day.

The APHC in a statement in Srinagar said 1931 mass movement was Kashmiris’ first collective struggle against the centuries-old autocratic rule and those killed on 13th July are considered to be the first martyrs of the ongoing freedom movement. It also called for a march towards the Martyrs’ Graveyard at Naqashband Sahib in Srinagar to pay homage to the martyrs of 1931 who are buried there.