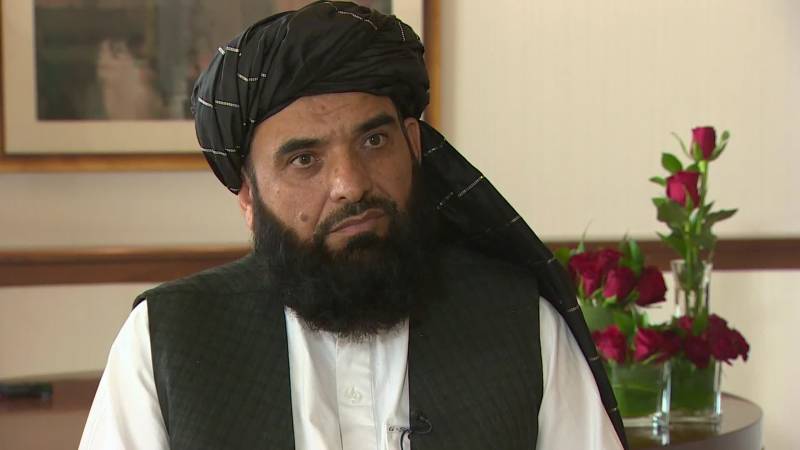 Speaking on a primetime show on a private news channel, Shaheen said that the South Asian country is always welcome to help the Taliban arrive at a negotiated settlement in Afghanistan but ‘it should avoid imposing its views on us’.

The spokesperson also negated opposing relations with Pakistan. “We want brotherly relations with our neighbors, Muslim country, as we also shared values”, he added.

He went on to say that that having an emirate is a legitimate right of the Afghan people. We say nothing about other governments so they should also not impose their views on us, these also opposed international principles, Shaheen reiterated.

Commenting on Tehreek-e-Taliban Pakistan, he said “Afghan Taliban will not allow the use of Afghan soil, neither by an individual nor by any group. I have said this in many interviews and I think our position is clear and known to all”, he responded on the policy of the Islamic Emirate.

Responding to a question, Shaheen said ‘a negotiated settlement is our policy and there has been no change in this. We are still holding talks and meetings in Doha on the same agenda that has been decided already.’

“It was difficult for Afghan troops to join us back in the day but with the exit of foreign troops, they joined us and now in six weeks we have taken over 170 districts approximately”, he said.

He also lashed the Afghan administration for showing no flexibility during the peace process. “All prisoners should be freed within three months of Doha deal but that’s not happened. They have not helped us in de-listing from the blacklist either”, the spokesperson added.

“Our focus is to stop foreign interference in the land lock country and for this we want all Afghans to gather and hold talks. Taliban have always stressed that the system must be an Islamic system because our struggle for the last 2 decades has been about this, he replied when asked which form of government is acceptable.

The Taliban spox said we are not against science and modern-day technology. “It is necessary even by Islamic standards. We will just ensure content is according to Islamic values. IT is a weapon and we are benefitting from it and will continue to”, he added.

All media outlets and newspapers and offices and schools will continue operations in Afghanistan but the content, of course, will be in accordance with our values, he clarified. Ensuring the basic rights for women, he said access to education and work will be provided in our setup.