An ice-cream that doesn't melt even at 31 degrees! 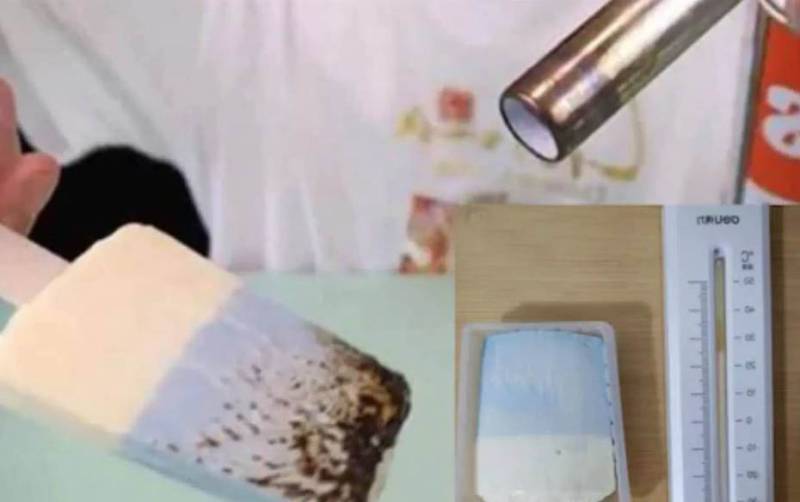 A Chinese ice-cream company went viral on social media after photos and videos of the ice-cream next to a thermometre with a temperature of 31 degrees Celsius were shared on social networking sites.

The posts claim that the frozen treat by Zhongxuegao had been “kept at that temperature for around an hour and a half, but it had clearly not melted one bit.”

The posts garnered tons of attention and people started conducting experiments, including taking an open flame to the ice-cream to see if it melts. Much to their surprise, it did not melt. Although the exterior layer became charred, the ice-cream didn’t melt the way anyone would have expected.

Zhongxuegao eventually had to issue a statement to ease its customers and netizens. The company claims to incorporate a “viscosity-enhancing agent,” but the product met national food safety standards.

TIANJIN – Several of the ice creams have been contaminated with Covid-19 in China forcing authorities to seize ...

Zhongxuegao is an expensive ice-cream brand with its cheapest product priced at 12 yuan ($1.80) and the high-end ones for a hefty price of 160 yuan ($24). Zhongxuegao is one of the most successful ice cream producers in China.