Thousands protest against drone attacks near US base in Germany 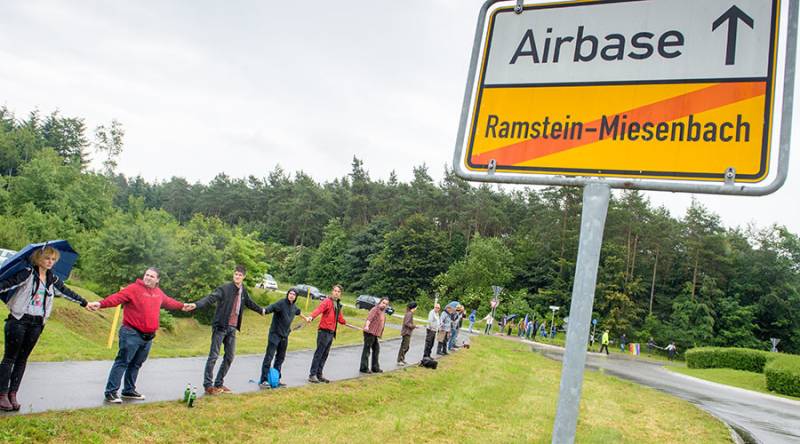 BERLIN (News Desk) - In Germany, several thousand demonstrators formed a human chain near a United States airbase to protest against drone operations by the United States.

The demonstration was organized by the alliance: "Stop Ramstein - No Drone War". The human chain stretched up to 9 kilometers around the perimeter of the base.

The demonstrator argued that using the airbase located in Germany to run the controversial drone operations was against the German Constitution. They demanded immediate closure of the base satellite relay station.

Some placards displayed by the protesters read: "Most people want to live in peace," "He who sows war, will reap refugees," “No NATO,” “Peace” and “We do not want to be accomplices in your wars.”

The Ramstein base is useful in transmitting information between operators in the United States and unmanned drone aircraft in places such as Pakistan, Iraq, Afghanistan, Yemen and Syria.

In Pakistan alone, over 3,000 people have been killed in about 400 drone strikes during the last decade. According to international observer group Bureau of Investigative Journalism, at least 400 children were also among those killed in the drone attacks in Pakistan's tribal areas.