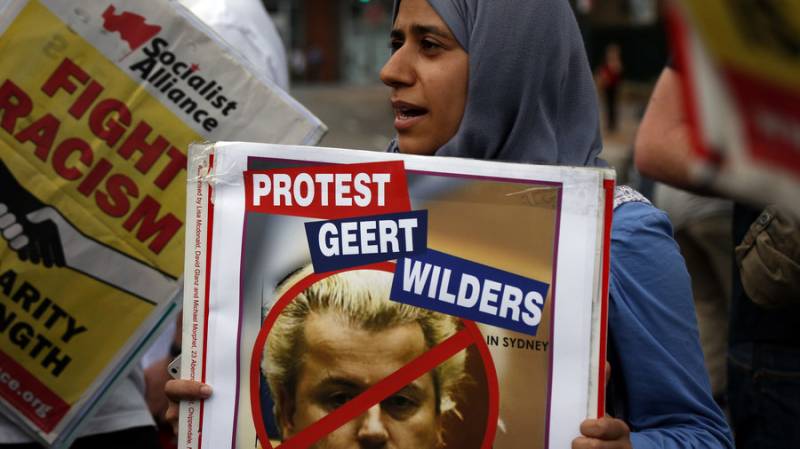 AMSTERDAM - Dutch anti-Islam firebrand Geert Wilders has confirmed that a Prophet Muhammad (PBUH) cartoon contest will be held in his party’s secure offices in Dutch parliament, after receiving approval for the event from security officials.

The divisive right-wing politician and leader of the country’s largest opposition party, the Freedom Party, took to Twitter on Tuesday to announce the news.

“Dutch Counter-terrorism Agency NCTV gives green light to Muhammad cartoon contest in secured PVV quarters of Dutch Parliament later this year,” Wilders tweeted, along with a Muhammad cartoon. “So that’s what we’re going to do and organize! With cartoonist/ex-Muslim Bosch Fawstin! Freedom of speech is most important of all!!” he wrote.

The announcement received a decidedly mixed reception from the Twitterati. While some responded with supportive cartoons, others questioned the wisdom of such an event.

“If we know that Muslims are offended by cartoons of the [prophet], why then do you choose to agitate them even more by doing this kind of ‘stunts’ to get attention for your cause. Surely there are more ways to address this issue?” an apprehensive Twitter user wrote.

Wilders, who has previously called for the Qur'an to be banned in the Netherlands and says Islam is a totalitarian faith, has long planned to host such a competition – but had previously been prevented from doing so.

He has attended a number of exhibits and events focused on mocking the Islamic prophet – usually billed as free speech events. In 2015, Wilders was a keynote speaker at a Muhammad cartoon contest in Garland, Texas, where two gunmen were killed after opening fire on a security officer. He later aired a slideshow on Dutch television of the cartoons from the Texas exhibition – after claiming that he had been barred from exhibiting the cartoons at the parliament.

American cartoonist Bosch Fawstin, the winner of the disastrous contest in Texas, has been asked to judge the Dutch contest.

Critics have accused Wilders of being an unscrupulous provocateur, and it appears that some are already bracing for the inevitable blowback from the cartoon contest.

“Good luck with your competition. I do hope that it won’t become such a mess as the one in Garland, Texas,” one Twitter user commented, in response to Wilders’ announcement.