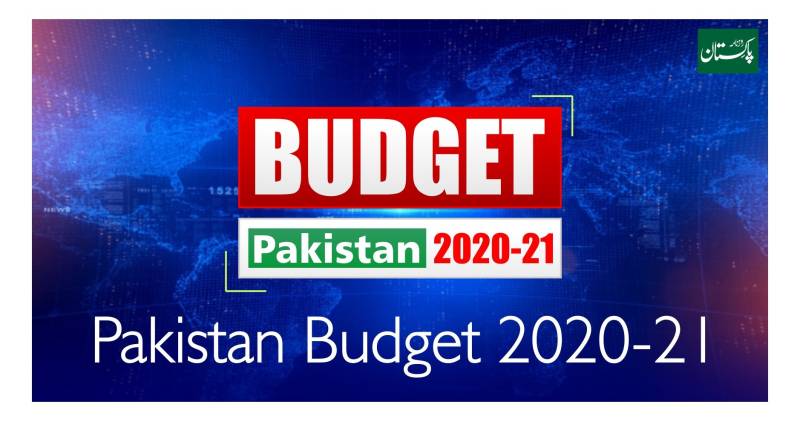 ISLAMABAD - The Pakistan Tehreek-e-Insaf (PTI) led federal government is unveiling its second budget with a layout of Rs7,600 billion for the next fiscal year 2020-2021 today (Friday).

As the minister began his speech,  saying it's "an honour" to present PTI government's second budget for its tenure, the opposition benches started waving protest banners in the parliament and shouted anti-government slogans.

"The government's top two priorities have been battling corruption and ensuring accountability," Hammad said in the start of his speech.

"The reserves of the State Bank of Pakistan declined from $18bn to $10bn due to the failed policies of the past," he said, adding that "Pakistan had been placed on the FATF grey list due to the absence of concrete policies to keep terror financing and money laundering in check."

"No new taxes have been introduced in the budget for the upcoming fiscal year, which will not only provide relief to the common people but also boost economic activities across the country," Federal Minister for Industries and Production Hammad Azhar said while presenting the budget in the National Assembly.

The minister highlighted the importance of striking a balance between mitigating the coronavirus effects and continuation of economic activities to keep the cycle of economy running.

"During the past nine months — before COVID-19 proved to be a setback for the country's economy — the PTI government reduced the trade deficit from $21b to $15b, bringing down the budget deficit to 3.8%," he continued.

He added that "the coronavirus pandemic caused our GDP to shrink by Rs3,300 billion" while "the non-tax revenue declined by Rs102 billion."

Hammad said the development budget would be maintained at an appropriate level to help achieve the GDP (gross domestic product) growth, with giving priority to the defence and internal security.

The minister also underlined the importance of fixing Primary balance at an appropriate level, stressing the need for continuation of Ehsaas Programme to help the vulnerable segments of society. The government would continue providing relief to the corona-hit people during the upcoming fiscal year, he said.

The PTI government "increased employment opportunities for Pakistanis abroad which led to remittances increasing to $17b."

He also mentioned structural reforms in state institutions, saying: "A dedicated government task force has presented its report in which eight defunct organisations have been highlighted and 33 will be merged with others."

The minister said during the fiscal year 2020-21, the government had set the revenue collection target of Rs 6,573, including Rs 4,963 tax revenues and Rs1,610 non-tax revenues.

The government has budgeted total expenditures of Rs7,136 billion, of which Rs6,345 billion will be spent under the head of current expenditures and Rs792 billion under the development head.

The expenses will mainly be covered by Rs3,700 billion raised through tax revenues (after provincial transfers), Rs810 billion in foreign loans and Rs889 billion in borrowing from banks.

Around Rs650bn have been set aside for federal development programmes in the budget for next fiscal year.

The budget deficit would be 7pc of the GDP. The government will pull out the economy from a 0.4pc contraction and is aiming for a 2.1pc growth in GDP for fiscal year 2021.

A total of Rs6 billion has been allocated for Climate Change in the country.

The federal government has allocated Rs 47.8 billion under Public Sector Development Programme (PSDP) for the ongoing and new schemes of Cabinet Division for fiscal year 2020-21.

A total of Rs64 billion had been budgeted for the Higher Education (HEC) while the Federal Government has allocated Rs 4.5 billion under the Public Sector Development Programme (PSDP) for ongoing and new schemes under taken by the Federal Education and Professional Training ministry.

According to the budget documents, a total of Rs 4.1 billion has been earmarked allocated for ongoing schemes and Rs 355 million for the new schemes that the ministry hopes to take.

The federal government has allocates Rs 12 billion in PSDP 2020-21 for the uplift of agriculture and development of livestock sectors in the country.

The government has allocated Rs 24 billion for 41 ongoing and new projects that the Railways Division is working on.

A total of Rs20 billion has been allocated for Science & Technology.

The federal government has allocated Rs80 million in Public Sector Development Programme (PSDP) 2020-21 for one ongoing scheme of the Board of Investment (BOI) for the industrial promotion and Investment in the country.

The government has allocated Rs 4.9 billion for the eight ongoing and three new projects of SUPARCO under the Public Sector Development Programme (PSDP) 2020-21.

The government has allocated Rs135 million in the Public Sector Development Programme (PSDP) 2020-21 for the Poverty Alleviation and Social Safety Division, documents show.

According to the PSDP, the government has allocated Rs35 million for the ongoing pilot project for Tahafuz which hopes to provide health and nutrition facilities to families living in remote areas of the country.

The federal government has decided not to increase the salaries and pensions of government employees.

In order to ensure that the social distancing policy to prevent the spread of Covid-19 pandemic is followed, the opposition and government agreed that only a maximum of 86 members (one-fourth of the total 342-member house), 46 from the treasury and 40 from the opposition, would be present in the house at one time.

The session was adjourned amid ruckus by the opposition; the lower house of the Parliament will meet again on Monday, at 04:00 pm.

The session of upper house will also be held today at Parliament House in Islamabad at 5 p.m.

Minister for Industries and Production, will lay before the Senate a copy of the Finance Bill, 2020, containing the Annual Budget Statement.

A special session of the Federal Cabinet chaired by Prime Minister Imran Khan will also be held today to approve the budgetary proposals for the next year.