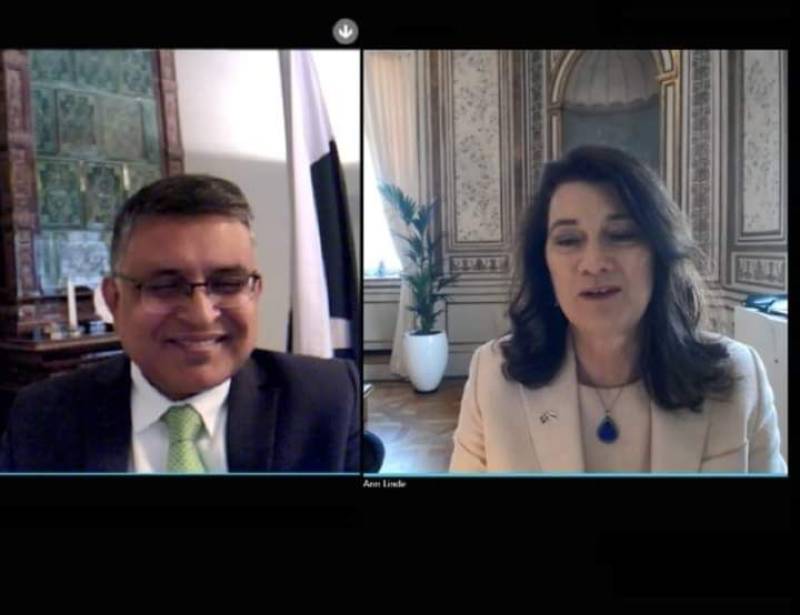 The Pakistani envoy also appreciated Sweden’s active role as the chair of OSCE (The Organization for Security and Co-operation in Europe) for peaceful dialogue and resolution of regional conflicts.

FM Line said that Sweden values its relations with Pakistan and would like to further develop ties in various areas especially innovation and higher education. She appreciated the role of Pakistani students and researchers working in Swedish industries and academia.

The Ambassador briefed the Foreign Minister on the environment friendly policies of Pakistan. He said that Pakistan was not a major contributor towards the problem of climate change but a major affectee of this issue. He said that it was a global responsibility to address this issue. He also said that Pakistan wants to develop its economy in a sustainable manner and promote renewable energies. Pakistan hosted the 2021 World Environment Day and the Prime Minister has reiterated Pakistan's commitment towards these issues.

The Foreign Minister appreciated the focus of the government of Pakistan and said that there were many possibilities of collaboration between Pakistan and Sweden in these areas.