Talks about his late parents 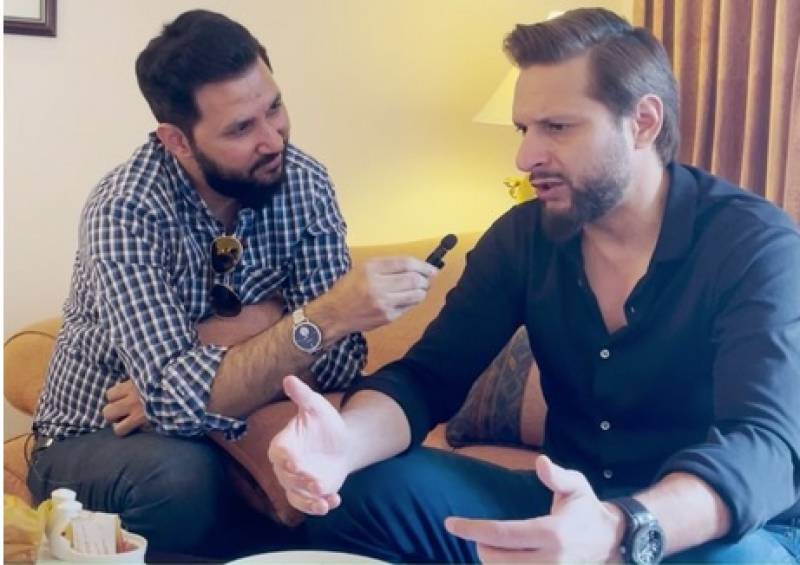 ISLAMABAD – Pakistan’s cricket legend and philanthropist Shahid Afridi has shared his views about not having blessed with a son.

In a candid conversation with Daily Pakistan, the former skipper said he feels blessed to have five daughters. “You need to empower your daughters enough so you don’t have feeling of not having a son,” the 42-year-old asserted.

Talking about recent surge in the incidents of girls eloping with their lovers, Afridi suggested parents to develop a friendly relationship with their children so they can share their feeling with confidence.

He said that only a strong bond between parents and children can curb such incidents.

The Boom Boom Afridi also shared his views on intensifying polarisation on social media. He said that such online channels shouldn't be used to spread hate in the society.

When asked about the content in local drama serials, he said: “Pakistan has a rich culture that needs to be portrayed in dramas”. He maintained that Pakistan dramas are far better than the content showed by other countries.

“I learnt a lot about my father’s strong faith in Allah and loves the quality of generosity of my mother,” he said while talking about his parents.

“I had planned to stay at home and spend time with family after retiring from cricket but Allah has different plans,” he said while discussing his humanitarian activities being conducted in difference areas of the country.

Afridi said that Balochistan is close to his heart as it lacks basic facilities as compare to other provinces.

“Imran Khan has been my hero,” he praised the former prime minister and PTI chairman in response to a question.

KARACHI – Former Pakistan skipper Shahid Afridi said that it is his right to disagree with the policies of former ...