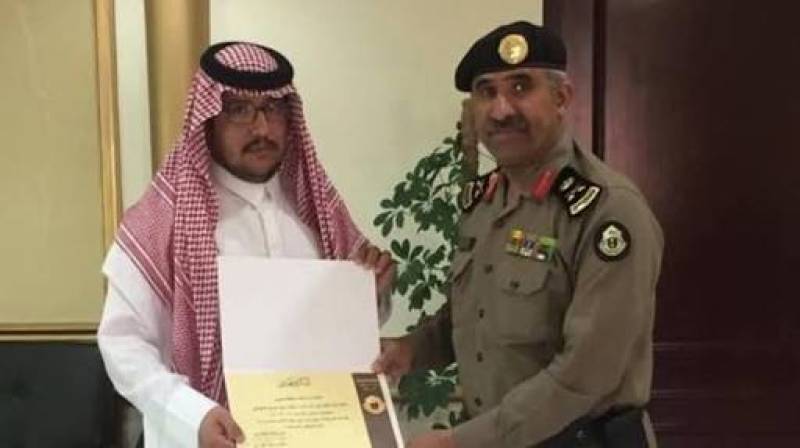 KSA- A video is making rounds on the internet as a man records an incident of saving a schoolgirl from being kidnapped. This video went viral over the weekend as the driver now identified as Talal Al Shaharani in Assir governorates Abha saves a girl after chasing her kidnapper. He handled the situation smartly, took pictures of the car, number plate and immediately reported to the authorities. This car chase took place in last week.

In an interview Shaharani explained he was standing outside the girls school when he saw a shady man convincing this young teenage girl to get in his car. He felt something wasn’t right so he followed the car and saw the girl looking through rear window pleading for help. He kept on tracking the vehicle and called the authorities who were able to stop the car.

The girl was safely rescinded from the mans car and now the man is arrested. This incident went viral on twitter and people are hailing this man for his bravery and heroic act.

Hailing him for his act:

The joy so seeing good around:

”There is still good here.”

He was honored for his bravery as the head of Abha’s police department General Saleh Al Qarza’i gave him a reward and recognition for his bravery. Everyone is hailing this hero!