Coronavirus: PSL matches to be played without spectators in Karachi

Bangladesh not travelling to Pakistan 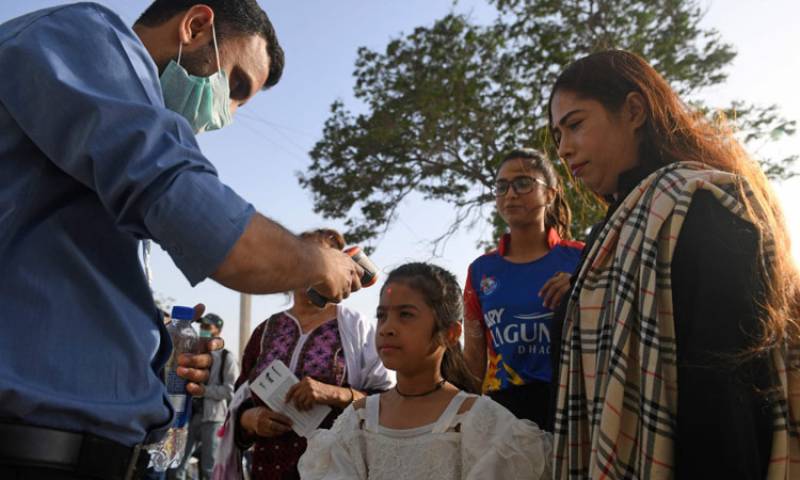 Also, the Pakistan Cricket Board (PCB) said "it was important for us to act quickly to ensure that the wellbeing of all concerned is better protected” from the coronavirus outbreak but the Karachi Kings’ home game on Thursday against Lahore Qalanders went ahead with spectators.

#SindhGovt has decided that the remaining matches of PSL in Karachi will take place without any crowd. This decision has been made after consultation with all stakeholders including the Pakistan Cricket Board.

One other league match and three playoff matches, including the final on March 22, are in Lahore. The PCB said it was in contact with the Punjab provincial government about any health advice for the Lahore matches.

In a statement released by the Pakistan Cricket Board, officials encouraged fans attending games to wash their hands and refrain from hugging, shaking hands and spitting.

"We have ensured all kinds of safety measures at the PSL matches, so the people can enjoy cricket," said Murtaza Wahab, the provincial government spokesman.

"Spectators would be scanned and they would be able to wash and sanitise their hands before entering into the stadium."

Meanwhile, Bangladesh Cricket Board has decided not to travel to Pakistan for their third part of the series due to Coranavirus scare around the world. Bangladesh, who already traveled to Pakistan twice to play three T-20 and one test, were scheduled to play one test match and one day international in April. They will play Pakistan at a later time.

At least 20 people have been tested positive with COVID-19, which outbreak has affected global sports as most of the matches are played in close doors.