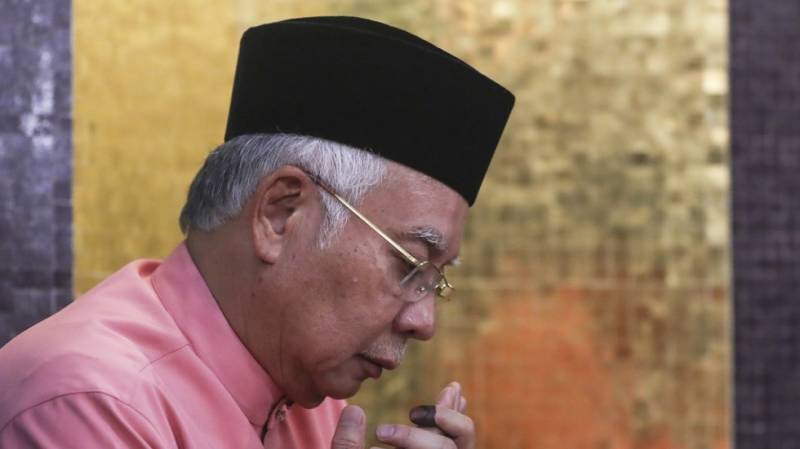 Kuala Lumpur - Former Malaysian Prime Minister Najib Razak has been barred from leaving the country due to corruption cases against him.

Earlier this week, Najib, whose long-ruling Barisan Nasional coalition suffered a shocking electoral defeat said that he and his wife were planning to go on an overseas holiday on Saturday.

According to media reports, Najib has been accused of diverting $700m (£517m) from a state investment fund in 2015 but has since been cleared by the authorities.

On Thursday, Mahathir Mohamad was sworn in as Malaysia's new prime minister, becoming the world's oldest elected leader at 92.

Mahathir asserted that there would be a thorough investigation into cases of alleged corruption including the one involving the state investment fund.

Interestingly, Mahathir Mohamad was once leading Barisan Nasional (BN) coalition and ruled the country for 22 years, from 1981 to 2003, however, he defected to the opposition to confront former fellow Najib Razak.

North Korea terminates diplomatic ties with Malaysia over US row